With another year of very strong recording activity, it’s not surprising that we have passed the milestone of 100,000th record to be submitted through Ireland’s Citizen Science Portal.

The 100,000th record was Frog Orchid (Coelglossum viride) or Magairlín an ioscáin as Gaeilge and was from Cahercommaun, Co. Clare. The record for this species was submitted through Ireland’s Citizen Science Portal on the 03/07/2022 by Eamonn Twomey.

The record came one day earlier than in 2020 and 4 days later than 2021, showing that late June and early July are proving to be the most likely time to achieve this incredible achievement.

Recording activity for the first six months of this year has been of an extremely high level, with three months even surpassing the recording activity of 2021, with an average of 542 records being submitted every day!

When informed of the 100,000th records, Eamonn Twomey gave us a background to the record itself and his love of the Burren and natural world:

The Frog Orchid (Coeloglossum viride) I recorded on the 3rd July 2022 is part of two plots that I monitor as part of the National Biodiversity Data Centres Plant Monitoring Scheme. The populations are located in Cahercommaun in the heart of the Burren, Co. Clare and are part of the Burren National Park. The site of Cahercommaun lies on a plateau in the Burren uplands with steep limestone cliffs demarking the site on three sides. The site is composed of a mosaic of habitats including, Hazel woodland, Limestone Pavement, Calcareous and Orchid Rich Grassland. This site is not just of international importance for its habitats and species but is also of great historical importance with several national monuments, most notably Cahercommaun Stone Fort maintained by the OPW.

I first came across this population of Frog Orchid around 2014 when I started working in the Burren National Park as a Guide. I have been monitoring the Frog Orchids populations in Cahercommaun since 2017.

Along with the Frog Orchids, I also record populations of Fly Orchid (Ophrys insectifera) and Dense-Flowered Orchid (Neotinea maculata) in other locations in the Burren and I also have taken part in the Butterfly Monitoring Scheme since 2016.

I have had a fascination with the natural world since a young age, which lead me to study Ecology. Recording for me is an outlet for connecting with and better understanding the natural world around us. Being in nature has a positive effect on my wellbeing, and recording is a great excuse for getting out and exploring and better if you can drag along some friends. I hope as a recorder that my small contribution will lead to our better understanding of nature in Ireland and will aid in the current and future challenges that our natural world is facing.

Surveys and Records Officer Oisín Duffy had this to say about the 100,000th record:

2022 is proving to be another phenomenal year for biological recording. With the 100,000th record coming in at the very start of July and on average over 540 records being submitted through Ireland’s Citizen Science Portal each day. This level of recording is only achieved by the time, effort and expertise of our citizen science recorder network and I’d like to take this opportunity to thank all recorders for submitting throughs sightings this year.

Ireland’s Citizen Science portal is available to be used by anyone; if you see a species of note and are sure of its identification, please submit the details to https://records.biodiversityireland.ie/ so that the observation can be added to our national biodiversity database. This will allow us to continue to build the knowledge base on what species we have in Ireland and help us to better understand how they are distributed. 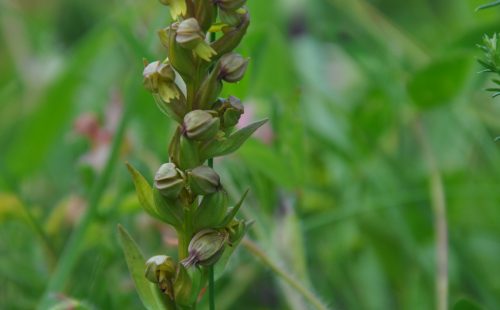