Our latest county reports are now out and freely available to view in both English and Irish.

Overall 2020 was a phenomenal year for biological recording, there was huge surge in recording activity which was noticed around April of last year. Each month from then seen an increase in records coming through the Citizen Science Portal compared to the same month in the previous year of 2019. This also include reaching the 100,000th record milestone as early as the 4th of July, 18 days earlier than the milestone was reach in 2019. You can read more about our 100,000th record here.

Over 168,000 records were submitted through Ireland’s Citizen Science Portal in 2020, which shows an amazing level of recorder effort. Over 71,000 of these records were entered between July and December. Interestingly the top three most recorded species throughout the country for the last six months of 2020 were: 1st Small Tortoiseshell, 2nd Hedgehog and 3rd Red Admiral. There was also a total of 3,865 recorders for this time period.

The National Biodiversity Data Centre has again produced a county by county guide to show the recording efforts over the last six months of 2020. It presents a summary of the recording activity for each county, together with a breakdown of recording activity by taxonomic group and highlights which were the 10 most commonly recorded species. When validated, all this data will become freely available to increase our knowledge on biodiversity in each country, and to inform decision-making for conservation. 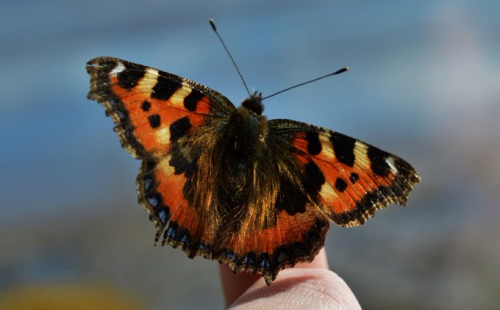