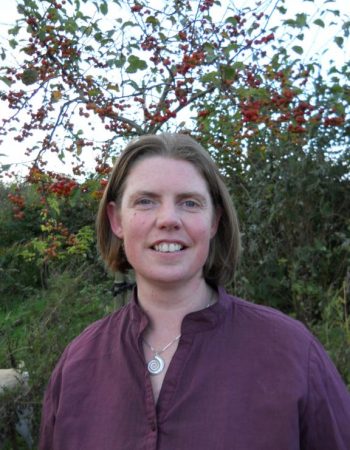 Tina Aughney has a keen interested in all wildlife matters and has been very fortunate to work in the area of bat recording since the mid-1990s. She has greatly contributed to the knowledge and conservation needs of Irish bat species. For the last 11 years she has been surveying for bats across the island and has gathered extensive records on this mammal group, all of which have been entered onto the BCIreland database, which she manages for Bat Conservation Ireland. Tina is one of the founding members of BCIreland and she co-ordinates the All-Ireland Daubenton’s Bat Waterway Survey and Brown Long-eared Roost Monitoring Scheme. Through her co-ordination of these volunteer schemes, she has trained over a1000 people enabling them to survey their local bat populations and provide greater knowledge of the distribution of Irish Bats. In addition, as part of the education role of BCIreland, Tina has given over 400 bat walks and talks around the country gathering further records and breaking the myths about bats. Tina is also a member of the Bat Panel for The Heritage Council providing expertise in relation to Building At Risk and Farm Building Schemes. She has authored and co-authored numerous guidelines and reports on conservation and management of Irish bats and has made numerous contributions to Biodiversity Tales and other media outlets.

While she works in the area of bats, she holds a Ph.D. degree in agri-environmental policy and entomology. Consequently, Tina likes nothing better than surveying for beetles and butterflies in her free time. Tina is a keen volunteer and collects data for the Dragonfly Ireland survey and Birdwatch Ireland Atlas, and participates in the Irish Butterfly and Bumble bee monitoring schemes. All records collected by Tina have been submitted to the appropriate databases and she advocates the sharing of such data for the betterment of conservation in Ireland.

Tina resides in Virginia, County Cavan with her family and numerous pets. She enjoys pottering in her poly tunnel when she can avoid the office.