Thomas Duffy, outgoing President of Macra na Feirme, shares his views on how to make CAP policy work for biodiversity and farmers

Agricultural Policy has been a significant driver of both positive and negative change, both national and EU policy has resulted in major changes in the practice of agriculture across Europe since the WW2. In a post-war Europe roving famine and food insecurity were the most significant threats faced. The spirit of cooperation helped to shape individual food production policy and funding, which varied widely between nations, into a more cohesive approach for the members of the EEC, the Common Agricultural Policy (CAP). With Ireland joining in 1973, our agricultural system was similarly transformed through the EU supports.

The EU CAP has undergone a number of reforms since 1973, each bringing new challenges and opportunities, most significant of these was ‘decoupling’ in 2004. It’s often falsely stated that farmers are incentivized to produce but the reality is very different. Farmer’s payments were set based on production in the reference years of 2000-2002, with only minor changes since then. WTO rules forbid the EU from incentivizing production as it had done in the past with only a small number of exceptions for good reason, e.g. support protein crops to reduce imports of soya and other protein foods/feeds.

The modern CAP is now broadly broken down into two pillars; ‘pillar 1’ is direct payments, primarily made up of payments based upon activity in 2000-02 divided by the hectares owned at the time (known as entitlements), and ‘pillar 2’ which contains schemes covering everything from rural business creation to environmental schemes.

The ambition in national policy for some time has been in more recent times, in particular since the abolition of quota in 2015, that of ‘sustainable intensification’ where increased food production and economic growth would come from better utilization as opposed to increased inputs. This has had limited success. While efficiency has improved, demand has also risen for land, fertilizer and feed although not as significantly as it would have had Ireland maintained it’s pre-2015 levels of efficiency. This none the less has posed significant challenges for farmland conservation in particular. One area that is readily identified by farmers to address this is the opportunity for habitat creation in areas of the land of low productivity or complementary with modern farming.

So what is the appetite for habitat protection from young farmers? Well despite a narrative that farmers are uninterested if not hostile to habitat, the answer to that is overwhelming yes. Each year Macra conducts a National Young Farmer survey, this year we dived deep into this question of habitat on farmers. 80% of young farmers said maintenance of hedgerow was a key focus with a 30% of farmers planning to in fact increase the length of hedgerow on farm. Approximately 45% either add or were adding buffer zones near water sources, these are a space kept away from water when applying fertilizer or animal manure which is important on certain soil types in excluding phosphorus entering water. Rewetting and pond building get a lot less support, but its still significant that 7% of farmers would consider this measure given the land demands required.

Building on this research was the question of how to utilise the proposed new CAP architecture, including eco-schemes which all farmers would have to apply for or face losses to their pillar 1 payments, additional schemes with payments outside of annual payments found in pillar 2. This marks a significant change with farmers having to undertake environmental measures or actively lose income.

The challenge is of course to ensure as many farms as possible take up these measures, an excellent scheme used by few will be ultimately useless after all, while doing as much good as possible without additional costs or loss of earnings to farmers. To this end Macra na Feirme have proposed a set of guiding principles for all environmental measures;

Inclusive and Accessible: This means any criteria must be in keeping with the productive use of land and not represent a risk to reduce the autonomy of farmers to decide on appropriate land use. The demands on land and practices acceptable to different enterprises and this must be recognised in any design. In addition these scheme should address the particular challenges outlined above posed by that particular enterprise and area.

Progressive: While eco-schemes are intended as an annual scheme, this should not however reduce its environmental ambition or fail to reward farmers for greater action. While multiannual environmental schemes should be used to address greater long term challenges such as greenhouse gas emissions which may require investment and repayment over several years, eco-schemes can be used to influence ongoing behaviour and actions. To this ends practices which ensure habitat protection are well suited as these are activities carried out on a yearly basis.

Results Based: To address the challenges outlined within an annual scheme, the results based framework for certain common habitats is the most practical option for improvements in yearly practices and for rewarding farmers who undertake additional measures or training

Complimentary: A key issue many farmers face in changing practices can be the non-complimentary nature of such changes with other measures. While measures may be introduced on farm through other instruments, these should not contradict with aims of an eco-scheme. In addition, environmental ambitions should complement modern farm practices which contribute to economic stability of farms.

To meet these Macra worked with young farmers to identify measures that would work on the most common form of habitat on farms in Ireland today;

Aim: Increasing the length and habitat value of farmland hedgerows

Rational: Hedgerows provide a vital feature in farmland ecology both as protection for nesting birds and small animals along with providing a winter food source and habitat connectivity. This measure is based on the success of measures taken under the Protecting Farmland Pollinators EIP project

Implementation: Farmer or appointed advisor identify of all suitable hedgerows upon the farm LPIS system. Farmer undertakes training to improve the habitat quality along with practices such as coppicing, trimming or planting needed to achieve this. A farm will commit to no more than 60% of non-boundary hedgerows to be cut annually.

Review: Farmer will undertake training to carry out a review of hedgerow quality and length annually. These records will be made available for up to five years on inspection. Evidence of degradation or ongoing low quality will result in a penalty.

Implementation: Farms will establish buffer zones of 2m from the bank of any

watercourses identifiable on a LPIS map and 2.5m where gradient of the slope of a field is greater than 20%. A minimum fencing distance for buffer zone of 1.5m will apply where a line of permanent vegetation is maintained such as closely placed trees or hedging. All water courses on the farm will implement exclusion of bovine from watercourses.

Review: Annual maintenance of fencing and vegetation will be undertaken with recording of these activities available on inspection. Penalties will apply in the case of evidence of grazing or lack of maintenance.

Aim: Increasing the availability of flowering plants and permanent vegetation in

areas where tillage farming is common

Rational: Field margins have been demonstrated to be beneficial to many species of

bird and small animal providing areas of nesting and hunting along crops.

Implementation: Farms will keep a minimum of 2m distance from the closes

boundary during planting and 3m where the field exceeds 10ha. A variety of

flowering plant may be sown to reduce this 1.5m or 2m in fields exceeding 10ha at

planting if left undisturbed during harvest.

Review: The farmer will undertake to keep records of such actions during planting

and any purchase of flowering plants. These records will be made available for up to

five years on inspection. Penalties will apply where failure to implement margins are

Beyond the yearly schemes

The above measures were designed with the intention to be leveraged by a more ambitious results-based multi-annual schemes. These type of scheme essential reward farmers not simply for doing a set of tasks, often taking away a farmer’s autonomy, but rather in helping a farmer to understand the biodiversity of their farm and take step themselves to improve it. The most well known of these type of scheme has been the incredible success of the BurrenLIFE project which aided farmers in using traditional measures to protected the UNESCO habitat found in the Burren Co. Clare. These schemes have similarly been successful in addressing rare species declines such as the Pearl Mussel and Knatterjack Toad.

More significantly perhaps than their direct success is the feeling of ownership over good outcomes they inspire in farmers. There is a common approach that farmers are passive, merely directed by policy formed by others, when in reality each farmer is deeply independent. The drivers of both habitat loss and habitat protection are one in the same, empowering or disempowering farmers to make decisions.

The worst example of this approach has been land designations (such as SAC/SPA/NHA), which are enforced on farmers without their buy in. This has bred a deep resentment amongst those farming in some of the most ecologically vulnerable areas. By comparison the approach of results-based schemes gives a farmer not only a sense of direct involvement but returns the integrity and respect to the conversation between ecologists and farmers.

Utilising farmer knowledge, increasing buy in, understanding of farmers’ motives along with encouraging the protection of our common habitat will yield far more than hostility and enforcement ever did. 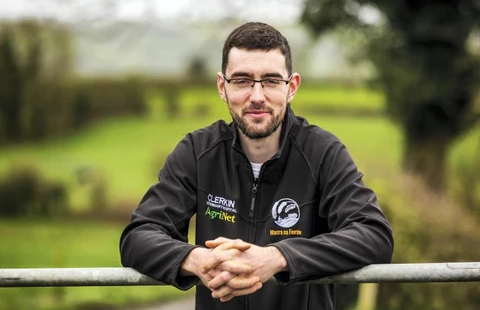