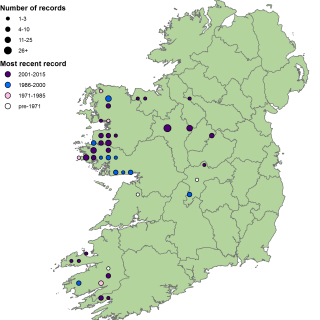 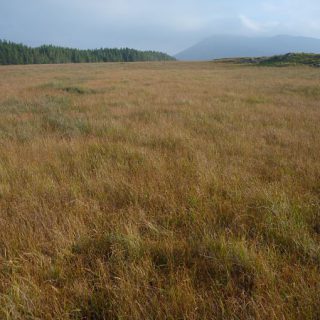 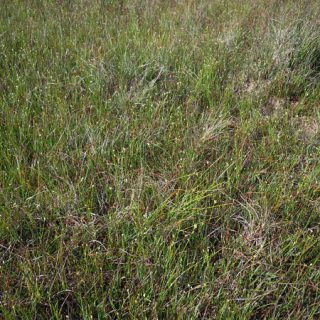 The main species in this rather open community are Rhynchospora alba, Molinia caerulea and Schoenus nigricans, accompanied by patches of Erica tetralix, Narthecium ossifragum and the wine-tipped leaves of Eriophorum angustifolium. The bryophyte layer is mostly composed of sphagna with Sphagnum papillosum constant and both Sphagnum cuspidatum and Sphagnum subsecundum agg. frequent, but dark conspicuous patches of Campylopus atrovirens will also be often seen. The sticky rosettes of Drosera spp. are also characteristic of this community with Drosera rotundifolia and Drosera intermedia constant species, while Drosera anglica is a frequent find. Menyanthes trifoliata is also frequent, occurring in particularly wet areas, while Myrica gale may be found where there is a little groundwater flushing.

The vegetation here is close to that of BG1A Sphagnum cuspidatum – Sphagnum subsecundum agg. bog but the cover of sphagna is not so high, Rhynchospora alba is more frequently present and Molinia caerulea and Schoenus nigricans are more prominent.

Almost all examples of this community qualify as EU HD Annex I habitat 7150 Rhynchosporion depressions. This is on average a moderately species-rich community (species/4 m2 = 17.5, n = 130) that supports several specialists.

The main threat to the bogs supporting this vegetation is turf-cutting, either by hand or machine, and associated drainage. Some sites have also suffered from afforestation. Locally, action has been taken to address these impacts and some sites are managed strictly for conservation.