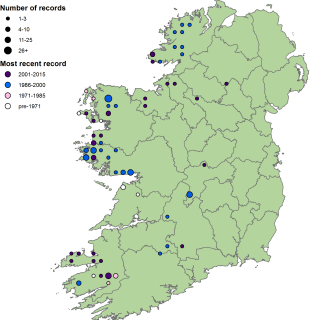 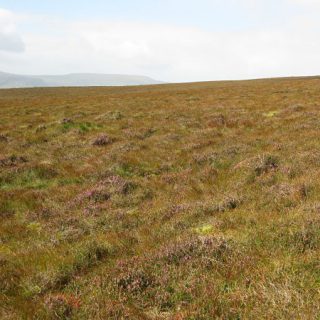 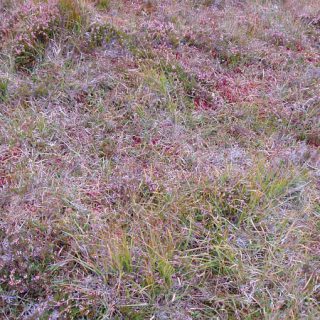 This community is dominated by a mixture of Calluna vulgaris and Molinia caerulea. Erica tetralix and Trichophorum cespitosum/germanicum are also plentiful constants while Potentilla erecta and Eriophorum angustifolium complete the usual plants of the field layer. Frequent companions to these species are Eriophorum vaginatum, Narthecium ossifragum, Polygala serpyllifolia and Drosera rotundifolia. Sphagnum capillifolium is usually found in the bryophyte layer together with Hypnum jutlandicum and Odontoschisma sphagni. Sphagnum tenellum and Sphagnum subnitens are frequent. Conspicuous white patches of Cladonia portentosa are a common.

This community is somewhat lacking in distinctive characteristics but is common nonetheless. Calluna and Molinia also dominate in the HE2D Calluna vulgaris – Molinia caerulea – Erica cinerea heath community, but there they are usually accompanied by Erica cinerea and pleurocarps such as Hylocomium splendens and Rhytidiadelphus loreus. In HE4E Molinia caerulea – Calluna vulgaris – Erica tetralix heath, to which this community is quite close, Molinia tussocks are more abundant, dominating the rather less diverse vegetation.

This is on average a species-rich community (species/4 m2 = 20.2, n = 146). Examples of this vegetation would qualify as either EU HD Annex I habitat 7130 Blanket bog (active)* or habitat 4010 Wet heath, largely depending upon the depth of the substrate.

These heaths and bogs are used as rough grazing land, typically for sheep, and often occur within commonages. The main threats are overgrazing, erosion, burning and afforestation. Turf-cutting and drainage may also occur on deeper peats.