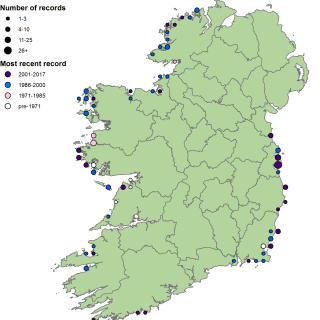 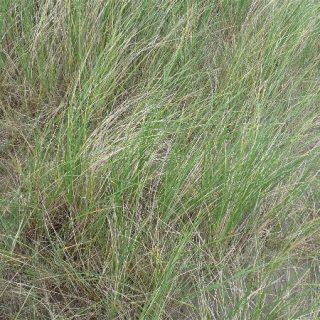 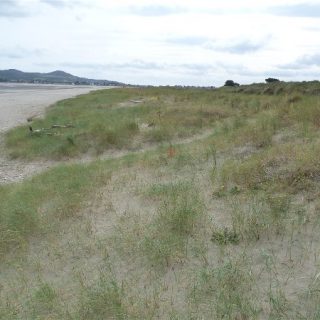 This duneland community is dominated by Elytrigia juncea which initially occurs as colonising patches on the sand but can later form dense, glaucous expanses. Ammophila arenaria is frequent, forming patches where this community merges into marram duneland. Other species are scarce. Rarely, Leymus arenarius can be locally abundant. Atriplex prostrata, Honckenya peploides and Salsola kali are the most frequent strandline species to be encountered. Mean maximum vegetation height = 50.2 cm, n = 57.

This is a colonising community of sandy shorelines, where accretion of sand around Elymus juncea leads to the formation of embryonic dunes, usually less than one metre high. Mean altitude = 2.6 m, n = 36; mean extent of bare sand = 67.6%, n = 36.

This is a straightforward community that is unlikely to cause confusion.

Embryonic dunes are unstable habitats and part of the dynamic duneland system. They may be naturally removed by storms and high tides. Anthropogenic impacts including recreation and modification of the coastline.