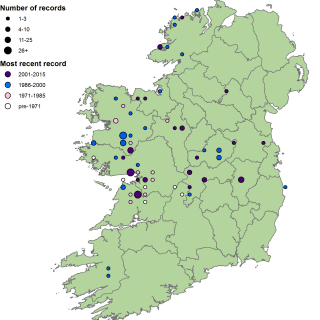 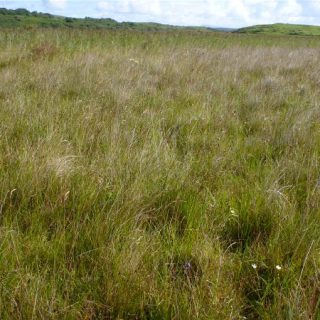 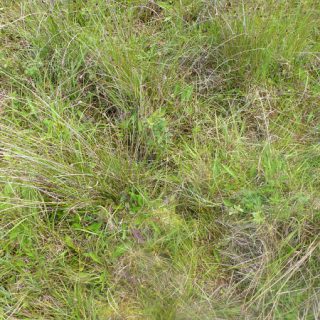 This a tussocky fen community dominated Schoenus nigricans and Molinia caerulea. Other constant species in the field layer are Succisa pratensis, Carex panicea and Potentilla erecta, whilst Cirsium dissectum and Carex flacca are frequently found. There is usually a notable ‘brown moss’ bryophyte layer in which Campylium stellatum is the mainstay and Ctenidium molluscum is frequent, while, occasionally, one will find Fissidens adianthoides or the sickle-leaved Drepanocladus cossonii/revolvens, and less often Scorpidium scorpioides. Calliergonella cuspidata is also occasional.

This community occurs in wet fens and flushes on mildly basic, nutrient-poor peats.

The most closely related community is the FE1A Schoenus nigricans – Campylium stellatum fen. Both communities contain Schoenus, Molinia and a suite of ‘brown mosses’. FE1A, however, contains many species of ombrotrophic bogs including Eriophorum angustifolium, Menyanthes trifoliata, Myrica gale, Potamogeton polygonifolius, Erica tetralix, Drosera spp. and Narthecium ossifragum, which are absent from the more meadow-like FE1B. The HE4C Molinia caerulea – Schoenus nigricans – Calluna vulgaris peatland and the BG2D Erica tetralix – Schoenus nigricans bog both share with the present community the feature of tussocky Schoenus and Molinia vegetation, but the FE1B community clearly differs from them in the absence of Calluna vulgaris and Sphagnum spp. The Molinia grasslands of group GL1, in which Cirsium dissectum is also found, lack both Schoenus and brown mosses.

Examples of this community with high cover of Schoenus nigricans, Carex spp. and brown mosses should correspond with the EU HD Annex I habitat 7230 Alkaline fens. Examples with Cirsium dissectum or Dactylorhiza incarnata may correspond with the fen variant of habitat 6410 Molinia meadows. Geyer’s whorl snail (Vertigo geyeri), an EU HD Annex II species, has been recorded from this community at several sites. It is a community of medium species richness (species/4 m2 = 20.8, n = 117).

These stands are typically unmanaged but may be grazed by livestock. The main threats are from peat extraction, infilling, drainage, reclamation and eutrophication.