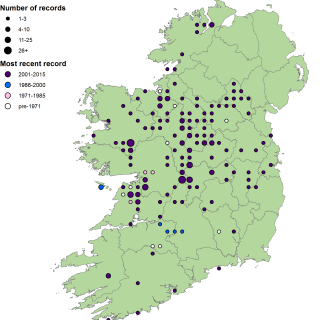 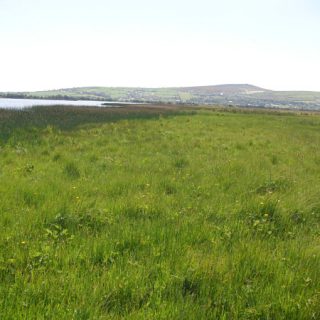 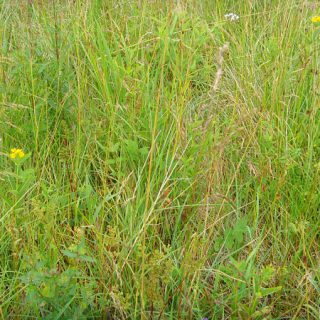 Broadleaved herbs are at their most abundant here out of all the wet grassland communities, with grass species being much less prominent. Nevertheless, Agrostis stolonifera is one of the most frequent species, with Festuca rubra, Anthoxanthum odoratum, Juncus effusus and Holcus lanatus also sometimes found. Sedges are a noteworthy component of the assemblage, with Carex nigra being a constant species and often plentiful, while Carex disticha, C. panicea and C. flacca may also occur in the relatively tall sward (mean graminoid height = 43.3 cm, n = 114). Filipendula ulmaria is the mainstay of the forb cover (mean forb height = 30.9 cm, n = 114), typically accompanied by Galium palustre, Ranunculus repens, Cardamine pratensis and Trifolium repens, and less frequently by Mentha aquatica, Ranunculus flammula, Potentilla anserina and Ranunculus acris. Calliergonella cuspidata is also a constant and may be the only bryophyte present but it can be very abundant. On the wettest sites, Equisetum fluviatile and E. palustre may occur.

Community GL2A is similar, but that community is less species-rich and occurs on more mesotrophic soils. Sedges are also less characteristic in that community. Filipendula is also abundant in the FW3F Filipendula ulmaria – Valeriana officinalis tall-herb swamp but there it tends to be accompanied by other tall-growing forbs and grasses.

This is a grassland community of medium species richness (species/4 m2 = 24.3, n = 146), of which some examples correspond to EU HD Annex I habitat 6410 Molinia meadows. Assemblages of river banks and lake margins with plants such as Filipendula ulmaria, Iris pseudacorus and Equisetum fluviatile may be regarded as EU HD Annex I habitat 6430 Hydrophilous tall herb.

These swards are managed as rough grazing land (typically for cattle). The main threats to these marshy grasslands include improvement, abandonment and changes to the flooding regime.