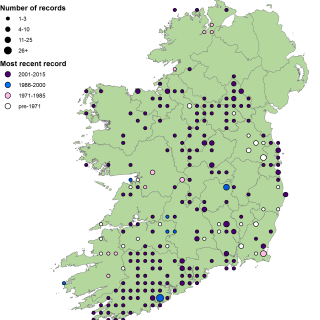 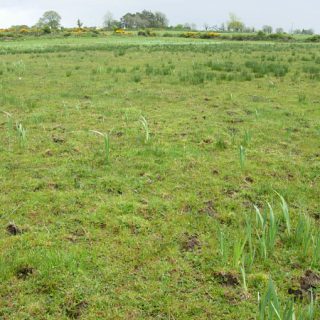 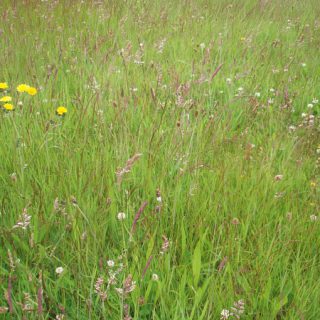 This is a very species-poor grassland assemblage and there are only a few constant species. Holcus lanatus, Agrostis stolonifera and Lolium perenne form the bulk of the medium-height sward alongside Ranunculus repensand Trifolium repens (mean graminoid height = 26.7 cm, n = 149; mean forb height = 19.1 cm, n = 149). Cerastium fontanum is frequent and, together with Lolium perenne and Trifolium repens, is indicative of the agriculturally-improved nature of the community. Poa trivialis would have been frequent in this community in the past as it was included in old seed mixes; it is probably less frequent now.

The Holcus lanatus – Lolium perenne grassland is a variable semi-improved community of wet pastures and meadows found commonly across the lowlands of the country (mean altitude = 83 m, n = 149; mean slope = 3.5°, n = 149). It occurs on gleyed or drained mineral soils (mean organic content = 17.1%, n = 125) that are fairly acidic and, despite the agricultural improvement, the vegetation suggests that they are only mildly fertile

Juncus spp. are not as frequent as they are in communities GL2B and GL2D and should not dominate. The semi-improved grasslands of GL3B Lolium perenne – Trifolium repens grassland are better drained and typically, with the exception of subcommunity GL3Biii, more species-rich.

These swards are managed as improved grazing land (typically for cattle) and/or for silage. Fertiliser application and reseeding will typically occur periodically. The main threats to these grasslands include further improvement and abandonment.