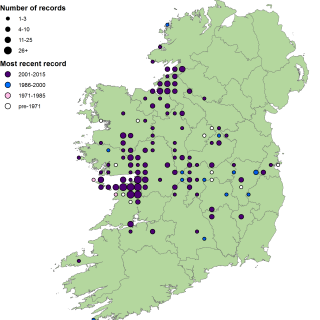 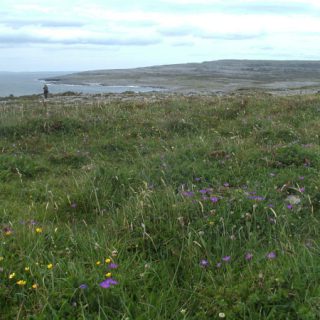 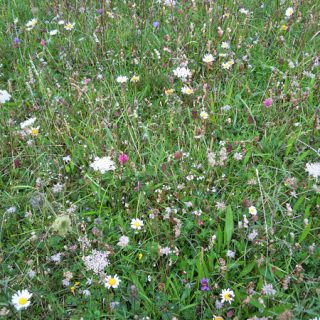 This community comprises swards of calcareous grassland on shallow, well-drained soils of poor fertility (mean organic content = 22.4%, n = 106). It is the typical grassland community to be found in association with limestone pavement and eskers and occurs at middling altitudes (mean altitude = 92 m, n = 357), often on sloping ground which improves the drainage (mean slope = 11.8°, n = 357). Consequently, it has a distinct geographical distribution, with some of the best examples being concentrated in the Burren and in the Dartry Mountains.

This community differs distinctly from others in the GL3 group in the richness of species and presence of numerous calcicolous plants. Sub-community GL3Ai may occur in mosaic with HE1A and RH1B (q.v.)

This is a very species-rich grassland community (species/4 m2 = 41.5, n = 451) of which most examples correspond with the priority EU HD Annex I habitat 6210 Orchid-rich calcareous grassland*. In addition to supporting populations of rare orchids (e.g. Gymnadenia conopsea, Ophrys apifera) and being important for a range of pollinators, permanent pastures of this type can be notable for their anthills. Rare swards of the Dartry Mountains with Silene acaulis match the EU HD Annex I habitat 6170 Alpine and subalpine calcareous grassland.

These swards are managed as light intensity grazing land for cattle or horses. The main threats to these grasslands include improvement and abandonment. As they tend to occur on limestone or eskers these sites are also at risk from quarrying.