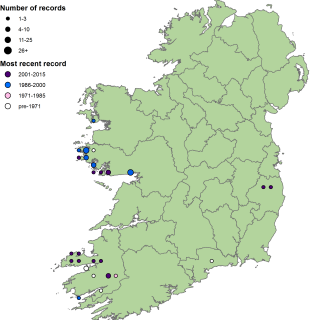 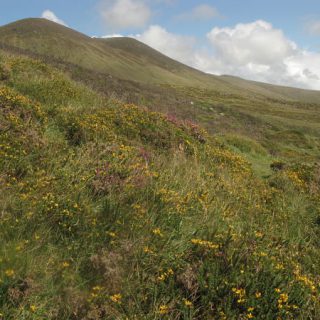 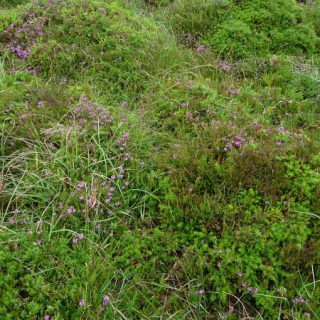 Spiny, dark green patches of Ulex gallii dominate this heathland community, accompanied by bushes of Calluna vulgaris and Erica cinerea. Amongst these are usually found trailing stems of Potentilla erecta and often a few tufts of Molinia caerulea. Carex binervis and Carex panicea are frequent. The bryophyte layer mainly consists of Hypnum jutlandicum. Other species are only occasional, with grasses such as Agrostis canina/vinealis, Agrostis capillaris, Anthoxanthum odoratum and Danthonia decumbens coming through where grazing has broken up the dwarf shrub layer.

This is a distinctive assemblage, since in no other community is Ulex gallii as frequent as it is here.

Most examples of this vegetation qualify as EU HD Annex I habitat 4030 Dry heaths. Where Molinia caerulea is abundant, habitat 4010 Wet heaths should be considered. This is on average a rather species-poor heath community (species/4 m2 = 15.4, n = 66).

These heaths may be used as rough grazing land (typically for sheep), in which case burning may be periodically used across large areas to suppress the dwarf shrubs and encourage grass growth. Overgrazing can also be a problem, resulting in the decline of Erica and Calluna. Another threat is agricultural improvement. Stretches of heath along coastal cliffs are often unsuitable for grazing and are essentially unmanaged.