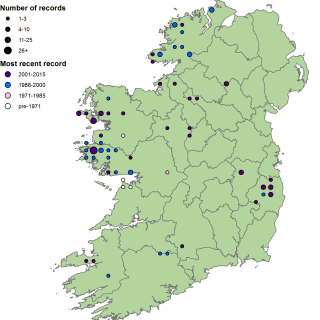 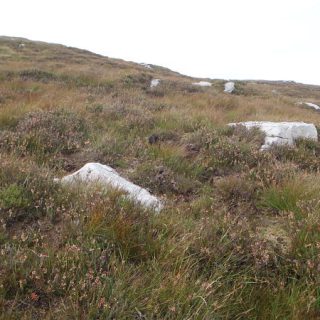 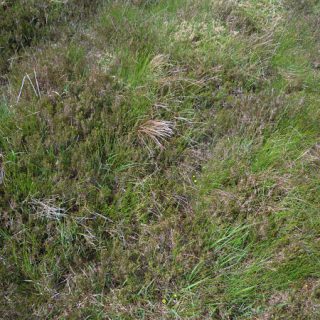 Calluna vulgaris tends to dominate this community, accompanied by a mixture of Erica cinerea, Molinia caerulea and Trichophorum cespitosum/germanicum. Potentilla erecta is a constant species, while Erica tetralix is frequent and occasionally there are patches of Nardus stricta, Carex binervis, Carex panicea or Eriophorum angustifolium. Rarely, one may encounter Juniperus communis or Arctostaphylos uva-ursi. The bryophyte layer is not very extensive, with Hypnum jutlandicum the mainstay, although it is frequently joined by the grey-green mounds of Racomitrium lanuginosum. Cladonia portentosa is also often met with here.

Many examples of this vegetation qualify as EU HD Annex I habitat 4010 Wet heath. However, also included here are marginal examples of habitats 7130 Blanket bogs* and 4060 Alpine and subalpine heath. This is on average a community of medium species richness (species/4 m2 = 16.8, n = 81).

These heaths, which often form parts of commonages, may be used as rough grazing land (typically for sheep). Burning may be periodically used across large areas to suppress the dwarf shrubs and encourage grass growth. Overgrazing can also be a problem. Other threats are agricultural improvement and afforestation.