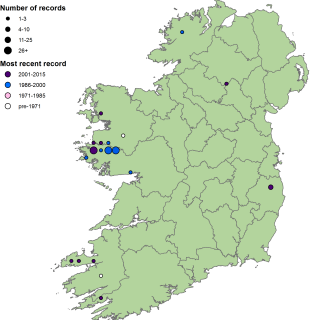 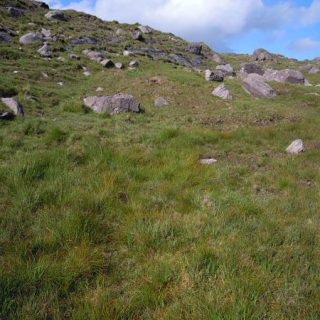 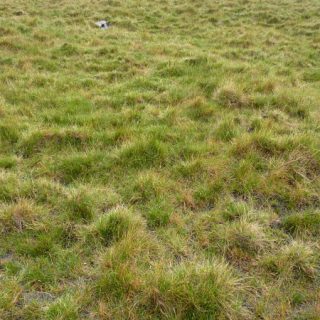 This is a rather variable community in which the main field layer species are Molinia caerulea, Nardus stricta and Carex panicea. Dwarf shrub cover is provided by Erica tetralix and Calluna vulgaris but is typically low. Other constant vascular plants are Potentilla erecta, Narthecium ossifragum and Trichophorum cespitosum/germanicum. In addition to Carex panicea, there are several frequent species which are indicators of disturbance or flushing: Juncus squarrosus, Juncus bulbosus, Eleocharis multicaulis and Carex viridula. In the bryophyte layer, the main species are Racomitrium lanuginosum, Hypnum jutlandicum and Campylopus atrovirens. Sphagnum compactum, an indicator of disturbance, is occasional.

From other HE4 Molinia heath communities, HE4B is differentiated by the high cover of Carex panicea and the presence of other flush-preferring species. It is noteworthy that ‘brown mosses’ associated with alkaline flushes and fens are not typically found in this community. From the grassland communities of the GL4 Nardus stricta – Galium saxatile group, HE4B differs in the abundance of heath species including Molinia caerulea, Narthecium ossifragum and Erica tetralix.

This community, which often forms parts of commonages, is usually used as rough grazing land (typically for sheep) and there are signs of overgrazing. Burning may be periodically used across large areas to suppress the dwarf shrubs and encourage grass growth. Another threat is agricultural improvement.