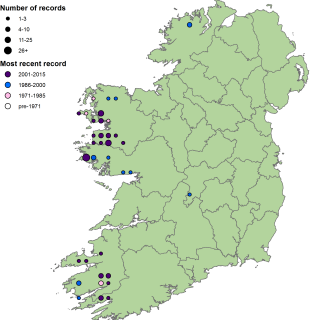 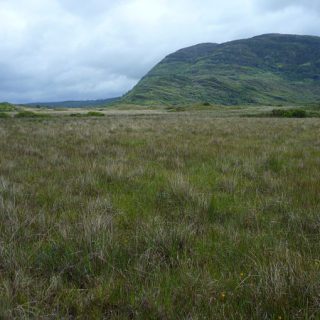 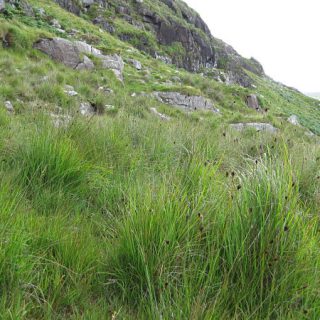 This assemblage is dominated by a mixture of Schoenus nigricans and Molinia caerulea which lend it a grassy and tussocky appearance. Dwarf shrub cover is low although both Calluna vulgaris and Erica tetralix are constants here, as is Potentilla erecta. Frequent species in the field layer comprise Eriophorum angustifolium, Polygala serpyllifolia, Narthecium ossifragum and Drosera rotundifolia. The bryophyte layer is somewhat sparse with the following species frequent but none constant: Racomitrium lanuginosum, Hypnum jutlandicum, Odontoschisma sphagni and the vermicular Pleurozia purpurea. Sphagna species are each only occasional.

The BG1C Schoenus nigricans – Eriophorum angustifolium bog is a rather degraded Schoenus bog with lower overall plant cover than HE4C. The BG2D Erica tetralix – Schoenus nigricans bog is more diverse than HE4C with less dominance of Schoenus and Molinia. In both those other communities, Rhynchospora alba is a constant, unlike in HE4C, which is more heathy and less boggy in character.

Where it occurs as heathland this community often forms parts of commonages and is usually used as rough grazing land (typically for sheep); overgrazing may be a problem. Burning may be periodically used across large areas to suppress the dwarf shrubs and encourage grass growth. Where it occurs as bog it is often used for turf-cutting, either by hand or machine. The other main threats are afforestation and agricultural improvement.