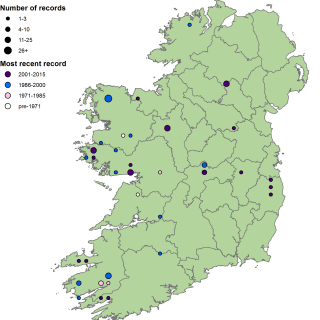 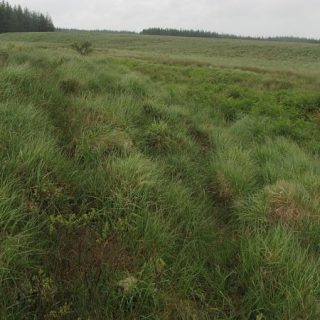 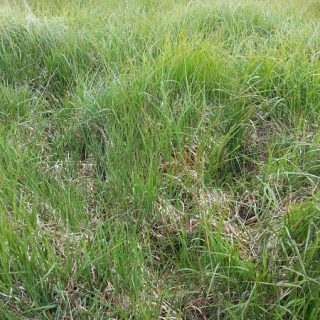 Dense Molinia caerulea dominates this community, often forming large tussocks and a thick litter layer. The only other constant species is Potentilla erecta. Occasionally, there is some spindly growth of Erica tetralix, Calluna vulgaris or Myrica gale, but dwarf shrub cover is typically very low. Other occasional plants are Succisa pratensis, Juncus effusus, Agrostis canina/vinealis and Anthoxanthum odoratum. The bryophyte layer is very sparse or absent; some hunting amongst the leaf litter may reveal some patches of Sphagnum capillifolium, Hypnum jutlandicum or Hylocomium splendens.

This is on average a very species-poor community (species/4 m2 = 12.4, n = 90). Most examples represent either non-priority versions of EU HD Annex I habitat 7130 Blanket bog (active)* or rather marginal types of habitat 4010 Wet heath, depending upon context and peat depth.

Whilst this vegetation may occur naturally as a type of weak flush, it has probably developed in many instances due to negative impacts on the habitat, such as overgrazing, typically by sheep, or burning. On deeper peats, turf-cutting and associated drainage works may be contributing factors. Threats include agricultural improvement and afforestation.