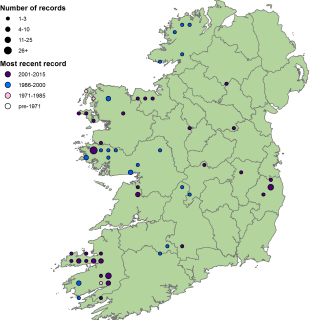 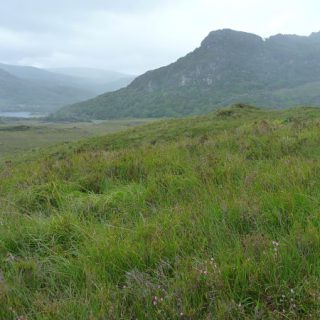 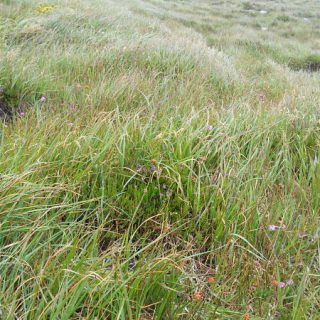 Molinia caerulea dominates this community but is accompanied by a reasonably well-developed dwarf shrub layer composed of Calluna vulgaris and Erica tetralix. Potentilla erecta, a plant common to most upland heaths and bogs, is again to be found here, and indeed is the only other constant vascular species. Often, there are some patches of Trichophorum cespitosum/germanicum or Eriophorum angustifolium amongst the Molinia tussocks, and the blue flowers of Polygala serpyllifolia may be spotted. Occasionally there is some Eriophorum vaginatum or Carex panicea. The bryophyte layer is not very abundant with Hypnum jutlandicum the most frequent component, often joined by Sphagnum capillifolium, Sphagnum subnitens or Odontoschisma sphagni.

Community HE2D Calluna vulgaris – Molinia caerulea – Erica cinerea heath is similar, but in that assemblage Calluna dominates and there is a greater presence of both Erica cinerea and pleurocarpous mosses.

This community, which often forms parts of commonages, is usually used as rough grazing land (typically for sheep); overgrazing may be a problem. Burning may be periodically used across large areas to suppress the dwarf shrubs and encourage grass growth. Other threats are afforestation and agricultural improvement.