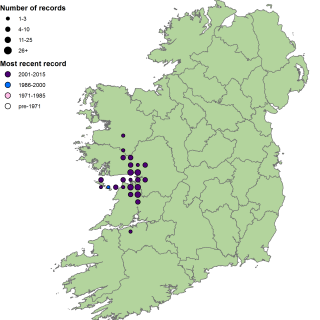 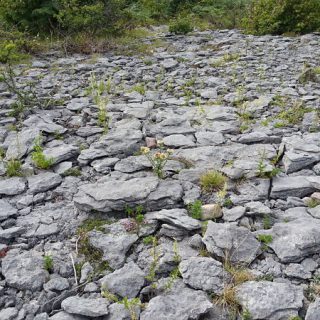 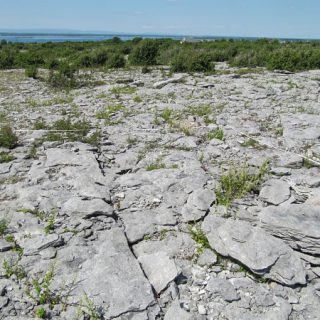 This is usually a sparsely vegetated community. The constant species in the field layer are Asplenium ruta-muraria, Teucrium scorodonia, Sesleria caerulea, Geranium robertianum and the non-native Mycelis muralis. These are frequently joined by Ceterach officinarum, Hedera helix, Thymus polytrichus, Phyllitis scolopendrium and Senecio jacobaea. There is often also a scrub element to the flora with some patchy growth of Prunus spinosa, Corylus avellana, Rosa spinosissima or Rubus fruticosus agg.

This is a community of karstic limestone pavement (mean extent of bare rock = 83.0%, n = 154) occurring in the lowlands (mean altitude = 61 m, n = 126; mean slope = 1.0°, n = 28). Soils are skeletal and can be largely confined to the shady grykes, which thus support much of the vegetation. Conditions are base-rich, fairly infertile and fairly dry.

Limestone pavement sites are traditionally winter grazed by cattle and the main threats there are scrub encroachment, quarrying and destruction for purposes of agricultural improvement. The non-native Mycelis muralis is not regarded as a problematic species and no management actions have been taken to control the species.