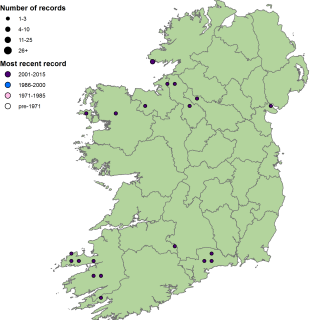 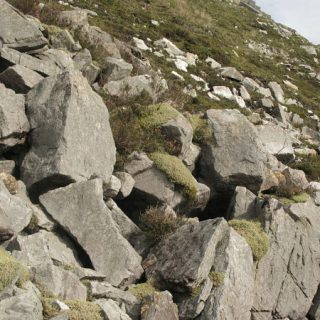 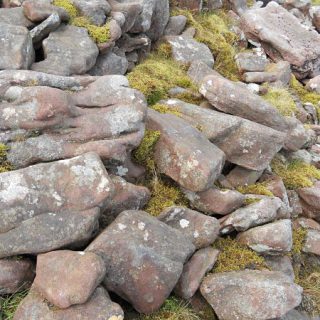 This is essentially a bryophyte community with little cover provided by vascular plants. There are four constant species: Racomitrium lanuginosum, Diplophyllum albicans, Hypnum jutlandicum and Scapania gracilis. Of these, Racomitrium lanuginosum tends to be the most abundant, often forming large patches across the rocks. Rhytidiadelphus loreus, Campylopus flexuosus, Hylocomium splendens, Pleurozia purpurea and Isothecium myosuroides are all frequently encountered. Vaccinium myrtillus is the only frequent vascular plant, but Calluna vulgaris and Erica cinerea are both occasional; in association with some of the more robust pleurocarpous mosses, these species can add a heathy element to the vegetation. Between the larger rocks, Saxifraga spathularis, Dryopteris dilatata and Hymenophyllum wilsonii are also occasional.

No formal sub-communities have been described for this community.

Some more accessible areas of this vegetation may be sheep-grazed but it is essentially unmanaged.