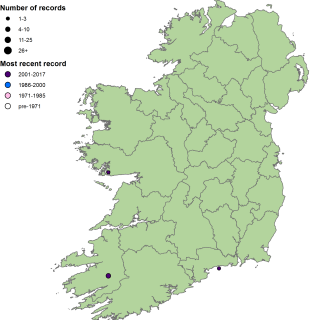 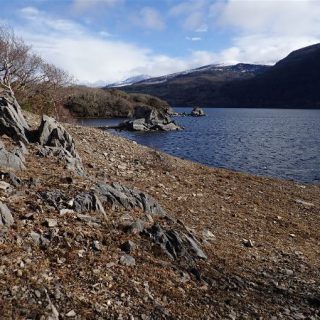 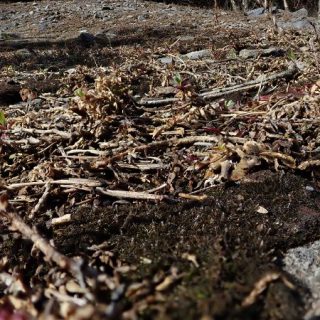 Silene uniflora, with its white and pale pink flowers, is the characteristic species of this simple, open community. Often found with it are Armeria maritima and Euphrasia officinalis agg. Less frequently there will be some sparse growth of Festuca rubra, Rumex acetosella or Rumex acetosa. There can be some presence of metalliferous bryophytes, such as Cephaloziella stellulifera and Dicranella varia, or other coastal species, such as Crithmum maritimum and Crambe maritima.

This community has largely been recorded from metalliferous spoil associated with old mine workings where the ground contains high concentrations of zinc, lead or copper. However, it has also been recorded from coastal shingle banks and cliffs. Mean altitude = 13 m, n = 9; mean slope = 22.4°, n = 7; mean extent of bare rock = 33.0%, n = 9.

Community RH3A also occurs on mine spoil, but bryophytes are a much more important part of the flora there and Silene uniflora is infrequent. Community ST1C represents vegetation from shingle banks and Silene may be present there but Honckenya peploides is usually the dominant plant. Both Silene and Armeria maritima occur in community RH4B, but there Plantago coronopus and Festuca rubra are usually present.

The mine-spoil and sea-cliff aspects of this community are essentially unmanaged. Pressures on the mine-spoil variant include recreational activities and gradual succession to other vegetation types as metals are leached from the soil. Shingle bank examples may be threatened by recreational pressure, mechanical beach cleaning and the creation of coastal defences which can interfere with sediment dynamics.