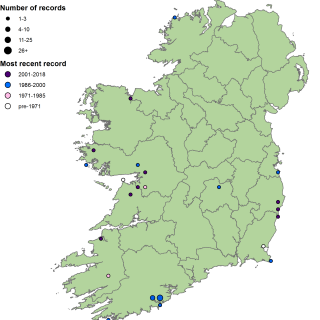 This is a variable community in which Rubus fruticosus agg., Holcus lanatus and Dactylis glomerata are the only constant species. Frequent species include other plants of rather rank grassland, such as Arrhenatherum elatius, Agrostis stolonifera, Plantago lanceolata and Ranunculus repens. There are a large number of typically mesotrophic species that are occasional companions.

This is a lowland community on fairly neutral soils of waysides, field margins, rank verges and abandoned fields, which are in the process of transitioning from grassland to scrub.

This community has some affinity with the GL3C Festuca rubra – Plantago lanceolata grassland, from which it may be derived, but differs in the abundance of Rubus fruticosus agg. and the relative scarcity of meadow species such as Festuca rubra, Cynosurus cristatus, Trifolium pratense and Centaurea nigra.

Vegetation corresponding to this community is typically perceived to be of relatively low botanical value, but scrub can provide valuable habitat for bird, mammals and invertebrates. Species/4 m2 = 15.7, n = 6.

This community generally reflects an abandonment of grazing or mowing practices.