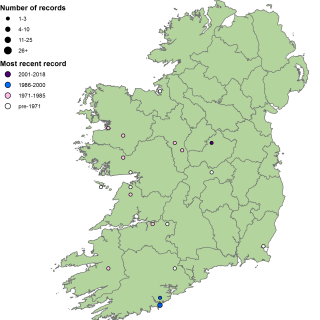 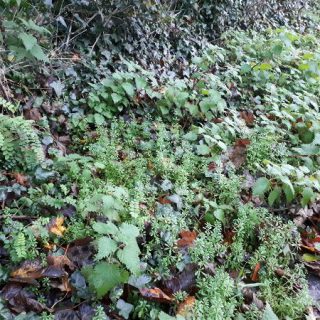 This is a herbaceous community typically formed of patches of Urtica dioica through which straggle the hooked stems of Galium aparine. The rather coarse grasses Poa trivialis and Dactylis glomerata are frequent, as is Ranunculus repens. Fairly often, a recorder will find some patches of Holcus lanatus or Agrostis stoloniferia, tangles of Calystegia sepium, and, perhaps thankfully, some dock leaves in the guise of Rumex obtusifolius or Rumex sanguineus. Umbellifers as a group are fairly frequent here; Heracleum sphondylium and its seasonal successor Torilis japonica are the most common, but the archaeophyte Aegopodium podagraria also occurs near habitation.

This common vegetation type is found on rather moist, disturbed, fertile soils in the lowlands. It occurs as a saum community fringing woodland, in the wayside between paths and hedgerows, in abandoned gardens and fields and on waste heaps.

The community is unlikely to be confused with any others.

Vegetation corresponding to this community may be perceived to be of relatively low botanical value, but unkempt verges and field margins can provide some important biodiversity within highly modified landscapes. Species/4 m2 = 9.7, n = 11.

This community usually occurs where there has been some disturbance but a general lack of management. Stands in verges and waysides may be periodically cut back.