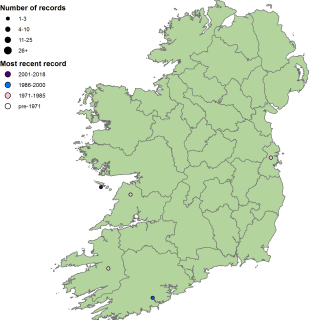 This is a common weed community of fairly fertile, disturbed or trampled soils and is found in amenity grassland and growing amongst crops in arable fields, flower beds, and market and kitchen gardens.

This is not the most distinct of communities, but from most other weed assemblages, WE1B may be distinguished by the frequency of Cerastium fontanum. That species is also a constant in the WE1D Lolium perenne – Anagallis arvensis weed community, but WE1B usually lacks Anagallis arvensis and Lolium spp. are only occasional.

Vegetation corresponding to this community is typically of relatively low conservation value. Segetal assemblages can contain archaeophytes such as Centaurea cyanus and Agrostemma githago which were once common sites of arable fields, but are now very rare. Species/64 m2 = 15.9, n = 71.

The persistence of this community is dependent on regular trampling or disturbance. Rarer archaeophytes have declined due to modernisation of arable farming practices.