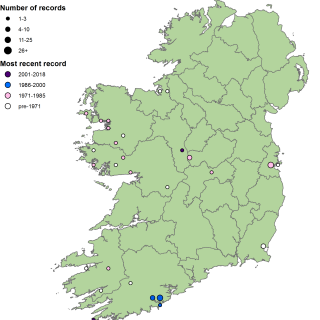 Much of the cover in this species-poor, open community consists of low-growing tufts of Poa annua, alongside which are found rosettes of Taraxacum officinale agg., the broad leaves of Plantago major and some sparse cover of Lolium perenne. Also frequently found here is some patchy growth of Trifolium repens, Rumex obtusifolius, Bellis perennis or Polygonum aviculare.

This vegetation is primarily found on relatively fertile soils in a range of trampled situations, along paths and tracks, in fields and gateways and on well-worn routes across grassland.

Poa annua is commonly found in several of the WE1 weed communities, but is at its most abundant here. The occurrence of Plantago major should serve as a good indicator.

The persistence of this community is dependent on trampling and regular disturbance.