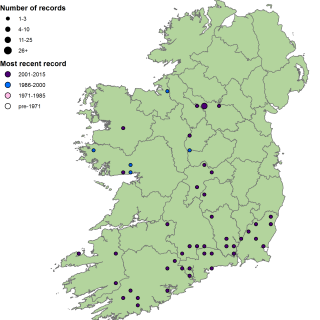 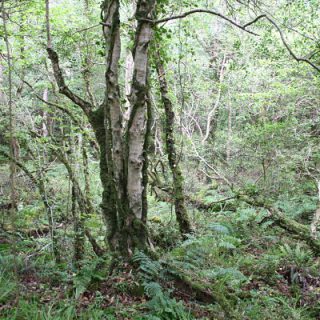 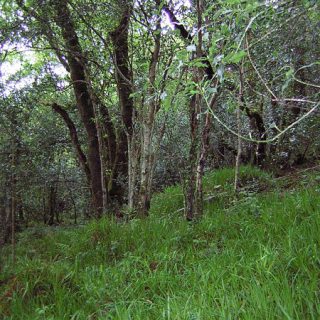 This is a high forest community (mean canopy height = 19.3 m, n = 41) dominated by either Quercus robur or Quercus × rosacea. Sorbus aucuparia is a constant here and Betula pubescens is frequent, while Ilex aquifolium usually forms the understorey frequently accompanied by Corylus avellana. The chief species in the field layer are Dryopteris dilatata, Hedera helix, Lonicera periclymenum, Rubus fruticosus agg. and Luzula sylvatica; extensive wood-rush swards or dense bramble thickets may be found. There are few forbs in this community with Oxalis acetosella and Hyacinthoides non-scripta the only ones frequent or occasional. The bryophyte layer largely consists of Isothecium myosuroides, Thuidium tamariscinum, Kindbergia praelonga, Hypnum cupressiforme, Eurhynchium striatum and Polytrichum formosum.

From the Luzula-rich woodlands of WL1B, the present community is distinguished by the different oak species in the canopy. Stands of sub-community WL1Ai are similar to those of WL2A in that they are both dominated by Quercus robur, but those of WL2A are more base-rich, with Luzula usually absent and Fraxinus excelsior accompanying oak in the canopy.

This is on average a fairly species-poor woodland community (total species/100 m2 = 20.6, n = 46) with a fairly limited bryophyte flora (bryophyte species/100 m2 = 7.2, n = 46). Many stands qualify as EU HD Annex I habitat 91A0 Old oak woodlands, particularly those with Luzula sylvatica or Vaccinium myrtillus in the field layer.