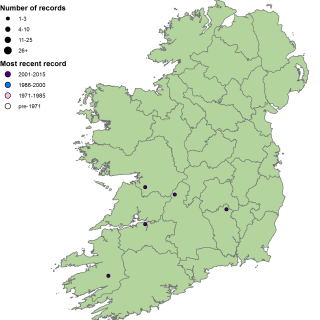 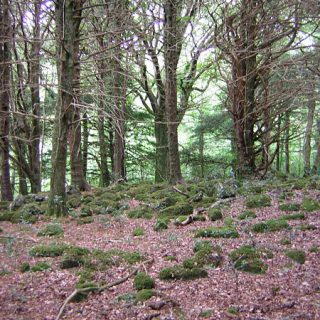 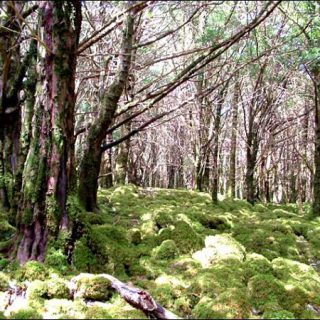 The medium-height canopy of this woodland community is usually dominated by Taxus baccata accompanied by Fraxinus excelsior (mean canopy height = 15.4 m, n = 5) and casts a heavy shade. Fagus sylvatica is occasional. Beneath, Ilex aquifolium forms a sparse understorey occasionally joined by Corylus avellana. The field layer is typically rather scanty with Hedera helix the only constant species while Rubus fruticosus agg. and Brachypodium sylvaticum are occasional. Infrequently encountered species include Viola riviniana/reichenbachiana, Potentilla sterilis, Oxalis acetosella, Polystichum setiferum and Phyllitis scolopendrium. The paucity of the field layer may be a function of grazing as well as the shaded conditions. The bryophyte layer, which can be luxuriant, is composed chiefly of Thamnobryum alopecurum, Thuidium tamariscinum, Isothecium myosuroides, Neckera complanata and Eurhynchium striatum, with patches of Neckera crispa, Isothecium alopecuroides and Plagiomnium undulatum.

This is a base-rich woodland community of dry, well-drained mineral soils (mean organic content = 37.2%, n = 5). It is found in the lowlands on flat or gently sloping ground (mean slope = 4.0°, n = 5; mean altitude = 48 m, n = 5) usually in association with outcropping limestone. Soils are of average fertility.

These stands are generally very distinctive as nowhere else does Taxus baccata achieve this level of abundance. Some stands may be transitional to the karst limestone hazel woodlands of community WL2E.

The main threats to these woodlands include overgrazing by deer or livestock, woodland clearance and invasion by non-native species such as Fagus sylvatica. The largest stand of this community, Reenadinna Wood in the Killarney National Park, has been fenced in an attempt to tackle the effects of chronic overgrazing by deer.