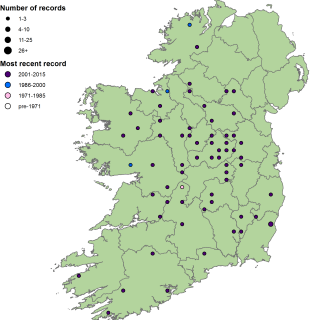 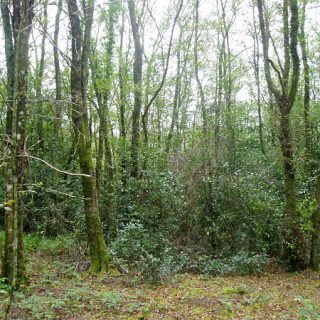 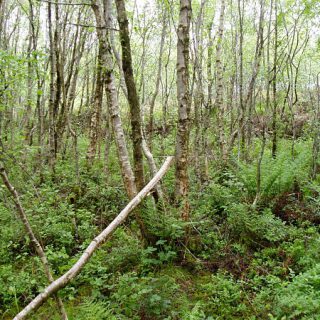 Betula pubescens dominates the medium-height canopy of this community, usually accompanied by Sorbus aucuparia (mean canopy height = 14.7 m, n = 61). Ilex aquifolium forms the understorey, but other tree species such as Quercus spp. or Fagus sylvatica are infrequent. In the field layer, Rubus fruticosus agg., Dryopteris dilatata, Hedera helix, Vaccinium myrtillus and Lonicera periclymenum are constants, and indeed few other vascular plants tend to occur. The chief bryophyte is Thuidium tamariscinum which can forms the bryophyte layer with other pleurocarps such as Kindbergia praelonga, Hypnum cupressiforme, Isothecium myosuroides, Scleropodium purum and Eurhynchium striatum .

This birch woodland is a community of humid, acidic and organic soils (mean organic content = 74.9%, n = 66). It develops typically on the drier parts of degraded raised bog sites (basin peats) in the lowlands but also on podzolised soils on slopes in the uplands (mean slope = 3.7°, n = 66; mean altitude = 81 m, n = 66). Soils are typically quite infertile.

The occurrence of Vaccinium myrtillus will help to differentiate this birch community from the other drier birch categories in this group. These stands lack the grassiness and rich bryophyte flora often found in WL4B, and have a greater diversity of trees than occurs in WL4F. Stands on podzolised slopes in particular are successional to the acidic oakwoods of group WL1; oaks are infrequent in this present community, however, and rarely abundant.

The main threats to these woodlands include overgrazing, woodland clearance and invasion by non-native species such as Rhododendron ponticum. Upland sites are vulnerable to deer grazing.