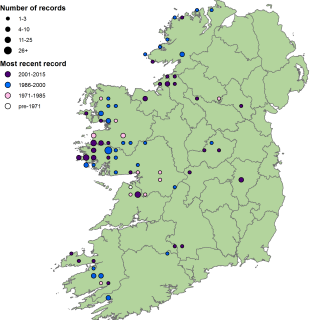 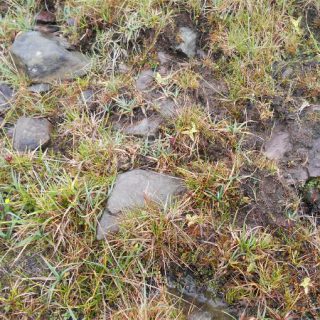 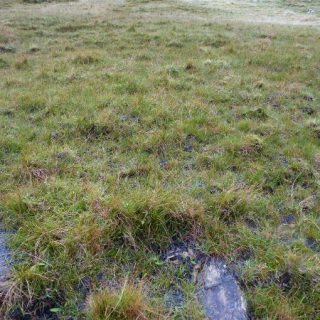 This variable community brings together a range of small-sedge dominated vegetation types. The main sedges are Carex viridula and Carex panicea, which are constant and the combination of their glaucous and bright green sedge leaves is an indicator of this habitat. These are frequently accompanied by Carex echinata and occasionally by Carex nigra, Carex hostiana, Carex pulicaris or Carex dioica. Other constants are Molinia caerulea, Anagallis tenella, Juncus bulbosus and Ranunculus flammula. Frequent vascular plants are Eleocharis multicaulis, Eriophorum angustifolium, Succisa pratensis, Potentilla erecta, Juncus articulatus and Potamogeton polygonifolius. Occasionally, the conspicuous pale-leaved rosettes of Pinguicula vulgaris will be seen. There is often, but not always, a ‘brown moss’ presence in the bryophyte layer, most often in the shape of Campylium stellatum, and somewhat less often in the guise of Aneura pinguis, Drepanocladus cossonii/revolvens, Scorpidium scorpioides, Fissidens adianthoides or Bryum pseudotriquetrum. Sphagnum subsecundum agg. is occasionally present and may be abundant.

This community usually occurs in the uplands on grassy or heathy slopes where there is strong flushing over nutrient-poor thin peats or mineral soils, but variants also occur in the lowlands in association with other fen types.

From the other communities in this group, community FE1C differs principally in that Schoenus nigricans is scarce here.

Flushes in the uplands are in areas usually managed by extensive sheep grazing, which may impact on this community. Stands in the lowlands are vulnerable to drainage, infilling, reclamation and eutrophication.