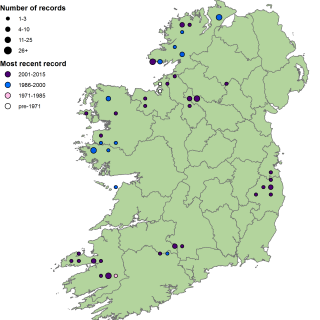 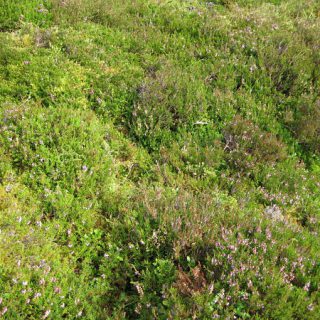 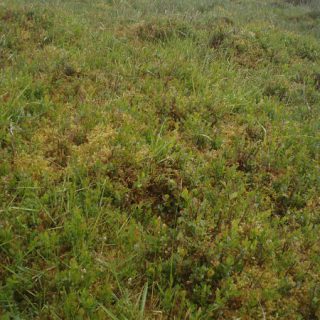 Whilst Calluna vulgaris dominates this community, Vaccinium myrtillus is usually a conspicuous companion. Tufts of Deschampsia flexuosa are usually found poking through the dwarf shrubs, and stems of Potentilla erecta are frequent. Occasionally one will find some small specimens of Erica cinerea, shoots of Galium saxatile and, particularly in disturbed areas, the stiff rosettes of Juncus squarrosus. The bryophyte layer is well-developed and composed mainly of the typical heathland pleurocarps: Hylocomium splendens, Rhytidiadelphus loreus, Hypnum jutlandicum and Pleurozium schreberi.

From the lower altitude heaths of the HE2 Calluna vulgaris – Erica cinerea group, this community differs in the prevalence of Vaccinium myrtillus and the frequency of Deschampsia flexuosa. The other heaths in this group occur at higher altitudes in more windswept locations where Racomitrium lanuginosum is usually a prominent feature.

Most of the examples of this vegetation should qualify as EU HD Annex I habitat 4030 Dry heaths. In locations at higher altitudes where there is wind-clipping of the dwarf shrubs, vegetation may instead qualify as 4060 Alpine and subalpine heath. This is on average a community of medium species richness (species/4 m2 = 17.5, n = 83).

These heaths, which often form parts of commonages, may be used as rough grazing land (typically for sheep). Burning may be periodically used across large areas to suppress the dwarf shrubs and encourage grass growth. Overgrazing can also be a problem.