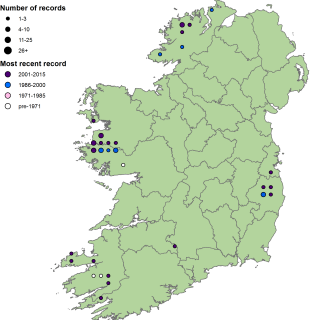 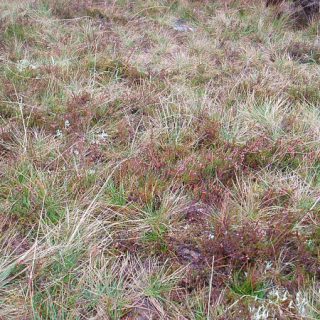 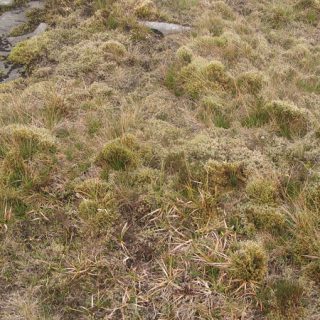 Cover in this usually low-growing community is largely provided by a mixture of Nardus stricta, Calluna vulgaris and Racomitrium lanuginosum. Potentilla erecta, Agrostis capillaris and Erica cinerea and are also constants, whilst Juncus squarrosus, Trichophorum cespitosum/germanicum, Carex binervis and Carex panicea are frequent. In the bryophyte layer, Racomitrium is joined by Hypnum jutlandicum and occasionally Rhytidiadelphus loreus. Pale green shoots of Huperzia selago are only occasional but conspicuous.

This Calluna vulgaris – Nardus stricta community is one of upper slopes, ridges and plateaux (mean altitude = 483 m, n = 60; mean slope = 14.7°, n = 42) primarily occurring as montane heath on shallow, acidic soils particularly where there is some disturbance such as overgrazing but sometimes on deeper peats (mean extent of bare rock = 13.8%, n = 42).

Most of the examples of this vegetation qualify as EU HD Annex I habitat 4060 Alpine and subalpine heath, but also included here degraded upland examples of 7130 Blanket bog (active)*. This is on average a heath community of middling diversity (species/4 m2 = 18.5, n = 84).