Over the last number of years, we have noticed a significant increase in the level of recording activity, which has certainly fast-tracked the one millionth record through Ireland’s Citizen Science Portal. Since 2018, we have received over 100,000 records a year and since 2020 this annual figure has exceeded over 150,000 records, with over 157,000 records submitted through this year already.

The one millionth record through the Citizen Science Portal was for a Striped Ladybird (Myzia oblongoguttata) from Co. Carlow and submitted on the 25/10/2022 by recorder Brian Power. When asked about this particular find and what biological recording means to Brian, he had this to say:

“The Striped Ladybird is one of our largest ladybird species, but given its habitat preference, is likely under recorded. The species is a Pine specialist with all my records coming from Scots Pine and was originally discovered by a visiting ecologist in my local village a number of years ago, where there is an easily accessible Scots Pine in a graveyard. This original record under our noses led to a targeted search, with fellow local ecologist Ciaran Byrne, for accessible Scots Pine. This tree species is also home to another Pine specialist and apparently scarce species, the 18 Spot ladybird, as well as being an important wintering habitat for a number of other ladybird species. A second local site for both these species was discovered in 2021 within three kilometers of the original site. Targeted searching of pines also led to the discovery of Striped ladybird near Glencar, Co. Kerry.

During the summer of 2022, I had the realisation that one of our local Birdwatch Ireland branch members had a garden named “Pineswell”, on contact with him it was confirmed his pines were indeed Scot’s and access was no problem. A summer visit yielded larvae of Striped ladybird and this autumn visit led to the discovery of both Striped and 18 Spot ladybirds in his garden.

My interest in ladybird recording was sparked back in 2012 with the record of the invasive Harlequin ladybird larva on a Pear tree we had just planted in the garden. This was followed by the discovery of several variants of 10 Spot ladybird and then an Eyed and Larch ladybird all in the garden. I soon started to realise that like most groups, ladybirds were drastically under-recorded, although most species are identifiable from photos. Ladybirds can also be recorded all year round with certain species having distinct wintering habits. Hand searching or basic ecological survey techniques such as beating and sweeping can be very productive. They are also a beetle group that most people instantly recognise, making them a good group to catch people’s attention. Part of recording for me has always been to be able to showcase what can be found locally and to try to encourage people to get out and see what they can find.”

This one millionth record milestone shows the huge level of recording activity being carried out across the country by 29,875 individual recorders. All staff at the National Biodiversity Data Centre would like to take this opportunity to thank our recorder network for their time, effort and expertise over the last decade for the collection of this important biological data. Ireland’s Citizen Science portal is available to be used by anyone; if you see a species of note and are sure of its identification, please submit the details with a photograph to https://records.biodiversityireland.ie/ so that the observation can be added to our national biodiversity database. This will allow us to continue to build the knowledge base on what species we have in Ireland and help us to better understand how they are distributed. 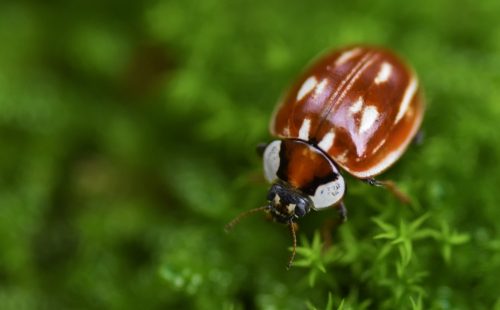