A significant milestone was reached recently when the number of records submitted through Ireland’s Citizen Science Portal in 2021 passed the 100,000 mark.

The 100,000th record was of Common Bird’s-foot-trefoil (Lotus corniculatus) or Crobh éin as Gaeilge and was from “Wood of O Bog” in Co. Offaly. The record for this species was submitted through Ireland’s Citizen Science Portal on the 29/06/2021 by Margaret Cahill.

Recording activity throughout the first four months of this year surpassed that of 2020. Unseasonable conditions throughout most of May likely account for the drop of activity in that month with only a slightly drop in recording in June compared to last year, which was an anomaly in of itself.

I was equally surprised and delighted to hear that my record of Common Bird’s-foot-trefoil was the 100,000th record submitted to the NBDC’s Citizen Science Portal this year. It’s quite the coincidence as I also submitted the 100,000th record in 2019. This year, the significant milestone has been reached an entire two months earlier than in 2019, showing a huge increase in the level of recording by the public.

I started out recording wildflowers a number of years ago. They’re easy to photograph and look up afterwards, as they can’t run or fly away from you. From there, I’ve slowly broadened out to include butterflies, dragonflies, bees, moths, beetles, bugs, just about anything I can get a good photo of to identify. It’s a great way to learn about biodiversity and wildlife, to get in touch with the changing seasons and different habitats, and it gives you a great reason to get out into nature and to discover new places. I started out like many people, only knowing a few common plants and insects but so far this year I’ve submitted records for 260 different species. It is amazing how much knowledge you can pick up over time. Of course, by submitting recorded to the NBDC, it also contributes to national knowledge about distributions of various species and changes to our biodiversity over time. It’s a real pleasure to be able to add a new dot to the distribution map for a species.

Now that we can travel around the country again, I’ve been spending time exploring bogs, like the Wood of O bog outside Tullamore in Co. Offaly, where I saw the Common Bird’s-foot-trefoil. Bogs are a great habitat for butterflies and dragonflies at this time of the year. This summer, I’ve seen my first Green Hairstreak and Dingy Skipper butterflies but the highlight so far was finding some Narrow-Bordered bee Hawk-moths feeding on Bird’s-foot-trefoil. I’m still on the look-out for the Marsh Fritillary, which I missed by a day at an Offaly bog recently.

Surveys and Records Officer Oisín Duffy had this to say about the 100,000th record:

“Having 100,000th records through Ireland’s Citizen Science Portal within the first 6 months of the year is a phenomenal achievement and shows a huge interest in biological recording and biodiversity in general”  according to Oisín Duffy, Surveys and Records Officer with the National Biodiversity Data Centre, “This averages as 3800+ records per week., this figure and level of recording is only made possible by the time, effort and expertise of our citizen science recorder network. I’d like to take this opportunity to thank all recorders for taking the time to submit their records during this period”.

Ireland’s Citizen Science portal is available to be used by anyone; if you see a species of note and are sure of its identification, please submit the details to https://records.biodiversityireland.ie/ so that the observation can be added to our national biodiversity database. This will allow us to continue to build the knowledge base on what species we have in Ireland and help us to better understand how they are distributed. 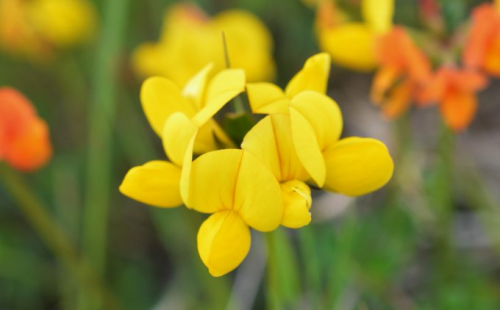