A significant milestone was reached during the first month of the year when the number of records submitted to the National Biodiversity Data Centre via Ireland’s Citizen Science Portal passed the 500,000th mark.

The 500,000th species record was the red-listed Yellowhammer, or Buíóg as it’s known in Irish. Adult summer males boast a beautiful and striking yellow plumage, hence the name, and are not easily confused with any of our other Irish breeding birds. So there was no mistaking this species’ identity when Kildare farmer Dermot Doran spotted a small flock on his daily walk outside Johnstown Bridge in north Co. Kildare on 19th January, 2020. The Yellowhammer is a species of bird most commonly associated with farmland and is strongly tied to cereal cultivation. It is most commonly found in the east and south of Ireland, but it’s not that long ago when the Yellowhammer’s familiar arrangement – ‘little bit of bread and NO cheese’ – could be heard right throughout the country. Unfortunately the Yellowhammer underwent sharp declines following the 1970s, but thankfully now appears to be relatively stable in it’s current range according to findings stemming from Birdwatch Ireland’s Countryside Bird Survey. Dermot believes wild bird seed crop sown under the GLAS scheme has proved to be quite attractive to the Yellowhammers found locally.

The 500,000 species records that have been submitted using Ireland’s Citizen Science Portal are a credit to the growing community of biological recorders that have been contributing data on Ireland’s biodiversity to the National Biodiversity Data Centre over the last number of years. 2019 was the Centre’s most active year to date for the Citizen Science Portal. 100,000 records were submitted in the one year for the second year running following on from the same achievement in 2018. By year end over 125,000 biological records were submitted of over 4,000 species by some 5,879. Dermot’s Yellowhammer record was one of an astonishing 32,857 bird records!

Ireland’s Citizen Science Portal https://records.biodiversityireland.ie/ provides an easy online system for people to submit records so that everyone can contribute to building the knowledge base on what species we have, to better understand how they are distributed and how these distributions are changing. In addition to helping to build a national picture of Ireland’s species, anyone who submits biological records can view and map their own data, thereby having access to their own personalised online record management system.

When informed that his record was the 500,000th record submitted to the Ireland’s Citizen Science Portal to date, Dermot Doran gave us an insight into his interest in biodiversity, which started at quite a young age. ‘My first encounter with Yellowhammers was back in the late 70’s when l was a child. A group of about 8 or 10 would regularly come in from the fields into our farm sheds in Winter time and feed on the grains of barley that fell off the straw bales. I used to hide behind the front wheel of our tractor  ( which was bigger than myself at the time ) and watch them gorge on the corn. That’s 40 years ago now and thankfully Yellowhammer  have remained in this area ever since.’

‘l mainly record birds as I’m familiar with most of them (but) I’m trying to venture into other species lately. I record any butterflies l see too and mammals.‘

When asked why Dermot records the wildlife he sees, he responded ‘l record biodiversity because I’m passionate about nature, wildlife and our environment.‘

The remarkable growth in recording activity over the last two years in particular reflects the growing interest in nature and biodiversity by individuals and local communities across the country. Dermot’s passion for our natural heritage is a passion shared by thousands of other citizens in Ireland. The National Biodiversity Data Centre is an organisation which is allowing people to harness that passion and energy in order to help us build more knowledge on our biodiversity, what species occur in Ireland, how they are distributed throughout the land and sea, and how the health of our environment is changing. This is more important in today’s world than it has been ever before.

Next time you see a species you would like to record and are sure of its identity, no matter how rare or common, visit Ireland’s Citizen Science Portal to submit details of your sighting here. And if you aren’t quite sure how it’s done, check out this brief how-to-guide to recording Ireland’s biodiversity. 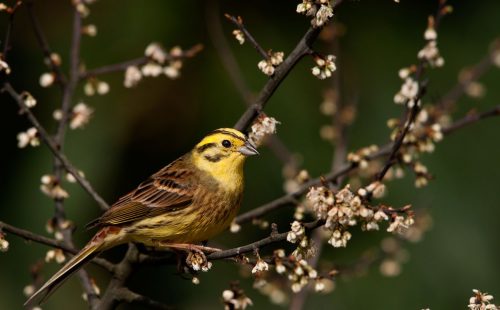