Results of National Biodiversity Week Dragonfly Dash are in!

After a bit of a hiatus while we downloaded and validated the results, the final results of the National Biodiversity Week 2019 Dragonfly Dash are in!

All records were entered into the draw for a copy of ‘The Natural History of Ireland’s Dragonflies’ by Brian Nelson and Robert Thompson and the winner was…. Rachel Mc Kenna! So congratulations to Rachel and a big THANK YOU! to all those who took part.

The good news is that we will be holding a new Dragonfly Dash very soon, so watch this space! 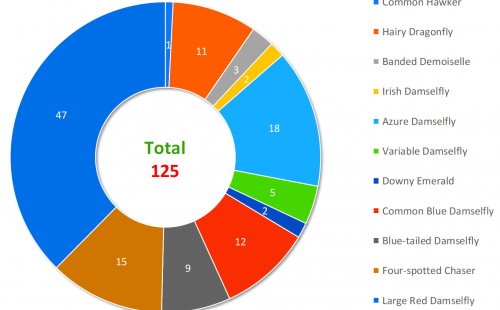