The Irish Butterfly Monitoring Scheme is delivered by a network of volunteer recorders who walk a fixed route (transect) on a weekly basis, from 1st April to 30th September each year, generating very detailed information on butterfly populations and flight periods, and how these are impacted upon by land use and climate change.

The Irish Butterfly Monitoring Scheme, established by the Data Centre in 2008, is Ireland’s longest running citizen science insect monitoring scheme. It tracks the population status of Ireland’s widespread butterfly species based on a network of fixed routes (transects) established and walked by volunteer recorders.   Each transect is walked on a weekly basis from 1st April to 31st September each year generating very detailed information on butterfly numbers and flight periods (phenology), and butterfly habitat requirements. The scheme is used to generate  a multi-species population index, based around the counts of the most widespread species, as a measure of the health of Ireland’s butterfly populations. The Irish Butterfly Monitoring Scheme is one of the monitoring schemes from 22 countries across Europe that contribute to the European Butterfly Monitoring Scheme from which pan-European trends in butterfly populations are generated. 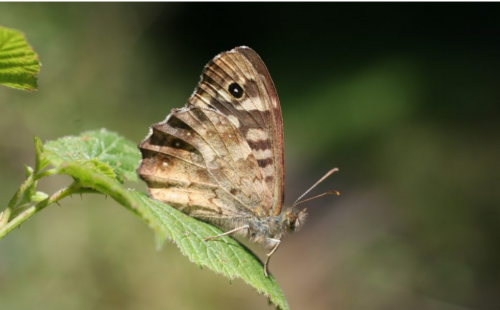 Butterflies are good indicators of the health of Ireland’s environment and monitoring their populations provide detailed insights into how insect populations are being impacted by land-use and climate change.  The Irish Butterfly Monitoring Scheme, which monitors butterfly populations on a weekly basis between 1st April and 30th September each year, can detect data on butterfly habitat preferences, changes in flight periods and overall changes in population from year to year.

The Irish Butterfly Monitoring Scheme is a citizen science driven monitoring scheme, and as such is an ideal tool for individuals, community groups and professional land managers to measure change in their local biodiversity. 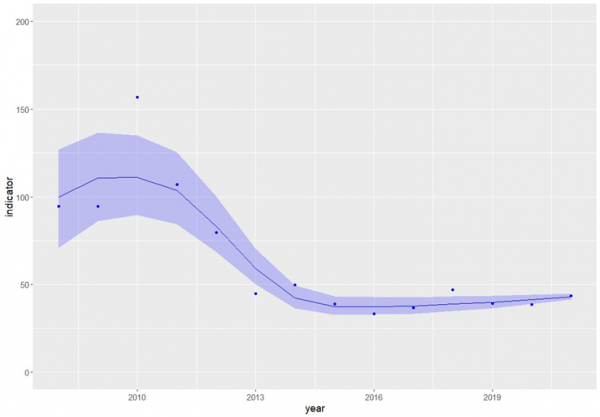 The multi-species index derived from the amalgamation of the population trends of 15 common species of butterflies from 2008 to 2021.

Population status of butterflies in Ireland

The analysis used to generate the results changed slightly this year,  a full explanation of the changes can be found in the Annual Report. Results from 2021 show that no species of butterfly has increased in population size since 2008. Brimstone (Gonepterx rhamni) and Peacock (Aglais io) have remained stable from 2008  to 2021, while the Common Blue (Polyommatus icarus), Small Copper (Lycaena phlaeas), Small Heath (Coenonympha pamphilus), Small Tortoiseshell (Aglais urticae), Wall Brown (Lasiommata megera) and Wood White (Leptidea sp.) all experienced a moderate decline in this time.

The individual trends can be viewed by clicking on each species name above.

The Irish Butterfly Monitoring Scheme does not generate a sufficient amount of data to monitoring population changes in our more localised and rarer butterfly species.

Each year an Annual Report is published which presents the results of the monitoring scheme for the previous year. The reports for the last five years of the scheme can be downloaded from the links below.

The Irish Butterfly Monitoring Scheme is one of 22 monitoring schemes across Europe that form the European Butterfly Monitoring Scheme. An initiative of Butterfly Conservation Europe and the Centre for Ecology & Hydrology (UK) the partnership brings together data from 10,816 transects walked by 100,000 citizen scientist from 22 different countries. This allows pan-European butterfly trends to be detected and provides the data to enable the European Grassland Butterfly Indicator to be generated.

The European Grassland Butterfly Indicator shows that since 1990 Europe has lost 30% of its grassland butterfly populations. 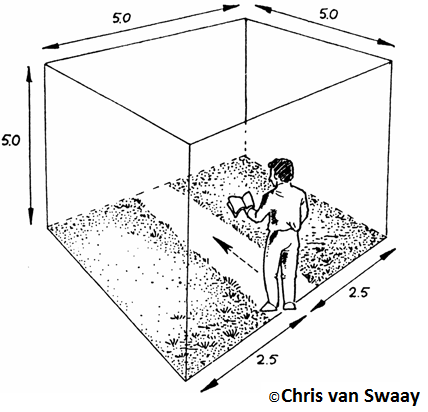 Recording ‘box’ within which all butterflies are counted as part of the Five Visit Monitoring and Irish Butterfly Monitoring Schemes.

What does monitoring involve?

Participating in this scheme involves establishing a fixed walking route (transect) of between 1 km and 2km in length that is monitored once a week from April to September. The route should be established close to where you live or work to make it convenient for you to complete the counts when the weather is suitable. The transect should be divided into 5-15 smaller sections to form sample units, and the number of butterflies seen  within 2.5 m either side of yourself and 5 m in front (a 5 m3 recording ‘box’) are counted for each section. Counts should be completed between 11:00 and 17:00hrs, when the temperature is at least 13°C and during good weather conditions.

Participation in this scheme involves a considerable time commitment but it generates very high quality data on Irish butterflies. If you would like to get involved please contact butterflies@biodiversityireland.ie and support will be provided to get your transect established. 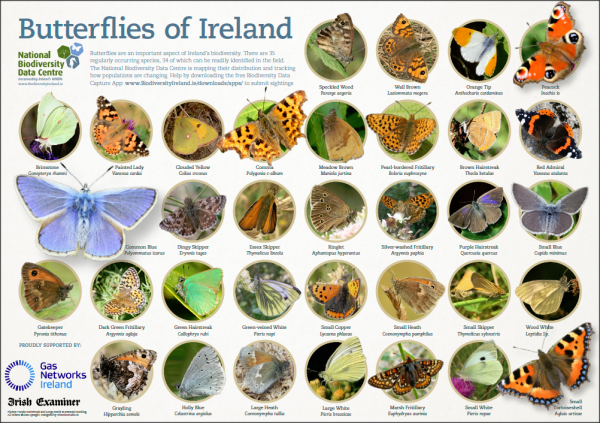 The National Biodiversity Data Centre has produced a suite of resources to support recorders with butterfly recording and to develop identification skills. The different resources can be accessed from the links below.

Never hesitate to get in touch if you need any help: butterflies@biodiversityireland.ie