The Marsh Fritillary Monitoring Scheme tracks the population status and habitat quality of the marsh fritillary (Euphydryas aurinia), Ireland’s only legally protected insect species.  It is afforded protection under Annex II of the EU Habitats Directive and its conservation status is reported on every six years under Article 17 of that Directive. This scheme involves carrying out a detailed habitat condition survey and a count of larval webs at key sites  in  September and October each year. 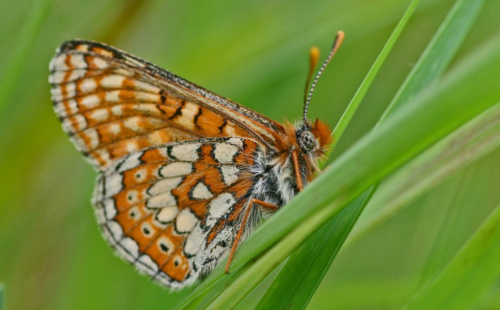 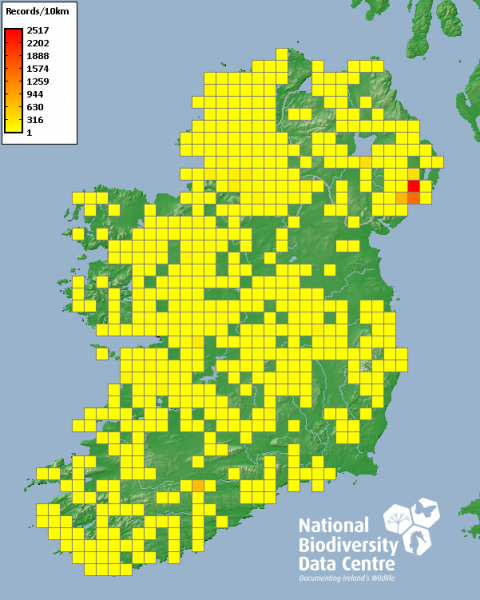 Distribution of the number of records of Marsh Fritillary recorded within each 10km, accessed though Biodiversity Maps

Status of the Marsh Fritillary

Under the Red List of Irish Butterflies published by National Parks and Wildlife Service in 2010, the marsh fritillary is categorised as ‘Vulnerable’, meaning it is considered at risk of extinction. The marsh fritillary has a wide but patchy distribution across Ireland, but is more common in the midlands and western half of the country. It is considered to have experienced a population decline due to a decrease in the amount of suitable habitat.

Being an Annex II listed species under the EU Habitats Directive, the habitat of the Marsh Fritillary is currently protected within Special Areas of Conservation where it is listed as a Qualifying Interest. In Northern Ireland, both the butterfly and its habitat are also protected under Schedule 5 of the Wildlife Order (1985).

Across Europe, the Marsh Fritillary is widespread but localised and restricted to areas of suitable habitat quality. It is now believed to be extinct in the Netherlands and declines of over 30% have been reported from Germany, Latvia, Luxembourg, Republic of Ireland, Slovakia and Ukraine. 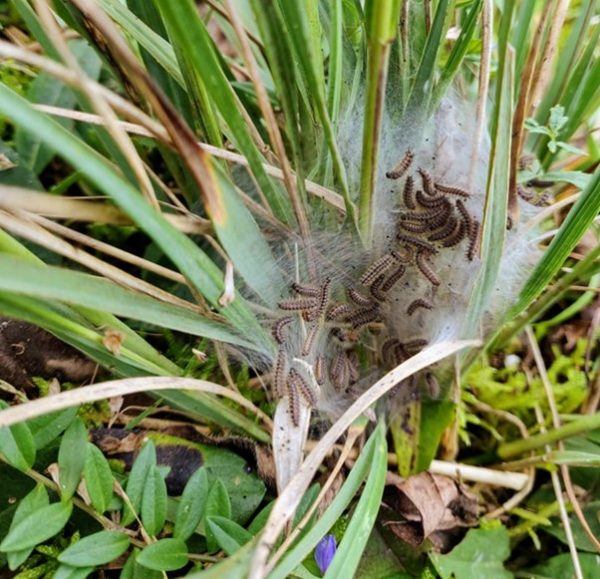 Get involved with the Marsh Fritillary Monitoring Scheme

The All-island Marsh Fritillary Monitoring Scheme was established in 2015 to monitoring the population and habitat quality of 49 core sites where it was known to occur. The detailed survey involves carrying out a habitat quality assessment looking at the abundance of the butterfly’s food plant, Devil’s-bit Scabious (Succisa pratensis), and counting the number of larval webs found at these sites in late August and September each year.   The monitoring scheme is delivered by a team of surveyors and is run in collaboration with the National Parks and Wildlife Service, the Northern Ireland Environment Agency and Butterfly Conservation Northern Ireland.

We are always looking to expand the number of sites monitored. So if you know of an extensive area of Devil’s-bit Scabious and have permission to access the site, you can take part. If you would like to participate in the monitoring scheme please email nphelan@biodiversityireland.ie who will provide assistance to get your site established. 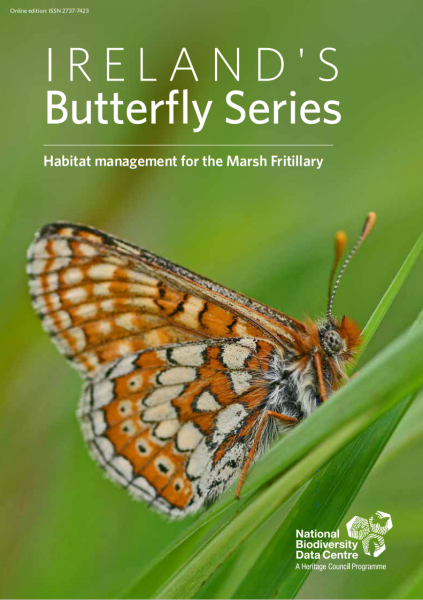 The National Biodiversity Data Centre have developed a land management guide for the Marsh Fritillary. This guide gives an introduction to the biology of species, how best to manage land for it and how you can get involved with the Marsh Fritillary Monitoring Scheme.