The National Biodiversity Indicators have been updated 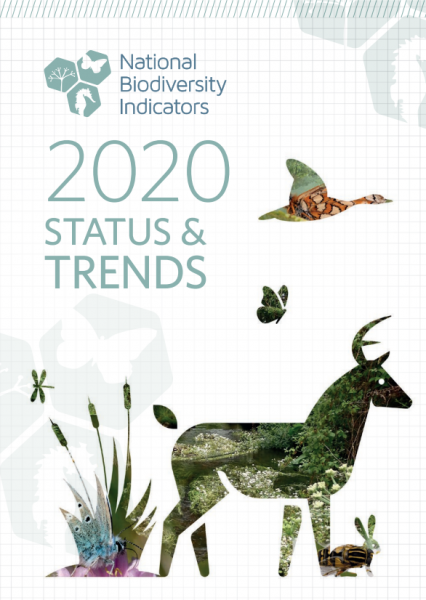 What are the National Biodiversity Indicators? 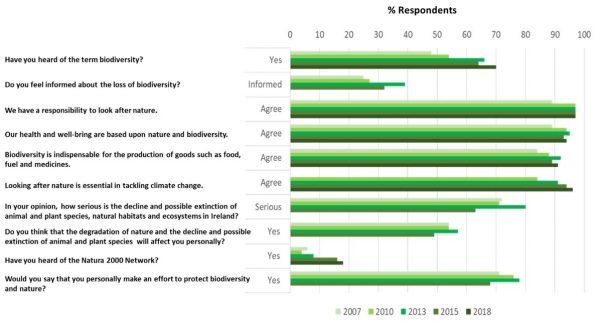 Figure 1 - Percentage of replies to a subset of the questions from the European Commission Flash Eurobarometer survey conducted on 1,000 people in Ireland in from 2007 to 2018

Main findings from the most recent update

Overall, the most recent update highlights that out of the 71 sub-indicators that have data, 76% of them show static or poor progress in delivering biodiversity conservation, 21% show progress has been made and another 3% are uncertain. The main progress being made is in the focal area of ‘Awareness of Biodiversity’ with positive current, short-term and long-term trends evident. 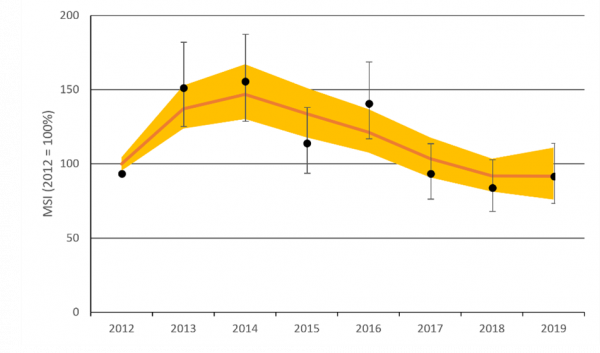 The status and trends of the focal areas ‘Status of Biodiversity’ and ‘Measures that Mainstream Biodiversity’ portray a very different story however, with only 1 positive current status and 5 positive short-term and long-term trends across the 20 sub-indicators.

One sub-indicator of note within the ‘Status of Biodiversity’ focal area is the ‘Trends in the status of bumblebees’ which has a negative current and short-term status. As seen in Figure 2, the data measuring the population trends of 8 of the most common bee species in Ireland shows an overall loss in population size since 2012. The overall trend from 2012-2019 is a year-on-year decline of 4.8% (Trends in the status of bumblebees). 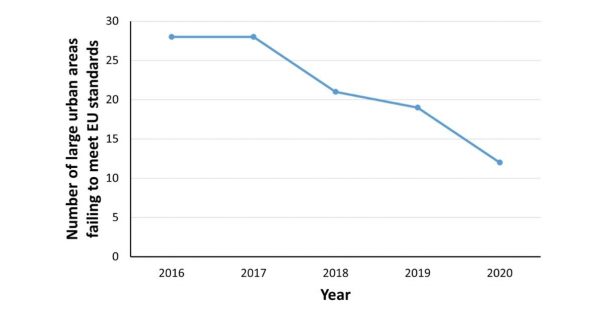 Another sub-indicator of note due to it’s negative current and short term trends is the ‘Level of compliance with the Urban Waste Water Treatment Directive‘, which falls under the focal ‘Measures that Mainstream Biodiversity’. The status of this indicator is mainly driven by the fact that despite a drop in the number of large urban areas failing to meet EU standards in the last number of years (Figure 3), the waste water collected in these sites accounted for 54% of all waste water collected in Ireland’s public sewers in 2020 (Compliance with the Urban Waste Water Treatment Directive).

Overall, the biodiversity indicators demonstrate that more concerted action is needed if Ireland is to meet national policy targets and international conservation targets set by the EU and the UN Convention on Biological Diversity.