We need science to tackle the biodiversity crisis

With Ireland becoming only the second country in the world to declare a climate and biodiversity emergency, Dr. Liam Lysaght, Centre Director shares his personal observations on what this declaration means for him.

For the first time in the 30 years that I have worked on nature conservation I felt the message is finally getting through. What many of us have known for decades is that biodiversity is in crisis and now Dáil Eireann has declared it so, only the second nation in the world to have made such a declaration. The symbolism of how it happened thought is not lost on me. The emergency wasn’t declared by a sombre Taoiseach in a packed Dáil chamber, or at some press event surrounded by his party colleagues. Rather, it was declared as a late addition to a motion on a slow evening in the House, with only a handful of deputies in attendance.

That is not to say that I don’t welcome it, I do. But I will retain a healthy dose of scepticism until I see this declaration translated into decisive action. With biodiversity in freefall, the obvious questions are can we stop the decline? and what needs to be done to achieve this?

Despite the gloomy outlook for biodiversity we know we can deliver conservation success in Ireland. For example, roseate tern populations on Rockabill Island are now at an all time high because of the targeted conservation works carried out by Birdwatch Ireland and NPWS to make conditions on Rockabill more favourable for breeding terns.  The Burren Farming for Conservation Programme has delivered truly innovative solutions for re-establishing the positive links between farming and land management for biodiversity, and this results-based model is now being replicated in many other special landscapes across the country. The Abbeyleix Bog Project is a wonderful example of what can be achieved through community-led conservation initiatives at the site level, and this approach has now spawned the Community Wetlands Forum which is a representative platform for all community-led wetland conservation groups that see wetlands as a community asset.   The All-Ireland Pollinator Plan managed by the National Biodiversity Data Centre has been astonishingly successful in mobilising partners from many different sectors to deliver on the ground actions for pollinators. And there are other initiatives that could equally be highlighted as success stories.

So what is the recipe for success? I identify four underlying traits common to successful biodiversity conservation projects;

1. they are clear on what problem they want to address,

2. the solutions are evidence-based and the outcomes are measured,

3. resources are available to make them happen, and

4. the projects are led by an individual or a group who have vision, ambition and determination to provide real leadership.

In response to the biodiversity emergency there is almost certainly going to be additional public funding provided for biodiversity to expand existing programmes and to introduce new ones. These can be successful, and some will be extraordinarily so, provided policy makers and administrators understand that biodiversity is a science, and that measures to benefit biodiversity must be evidence-based. We are fortunate in Ireland that we have a large pool of professional ecologists who can spearhead transformative change if their expertise is sought. The time is right now to draw more heavily on this expertise and bring more professional ecologists into public policy decision-making roles. 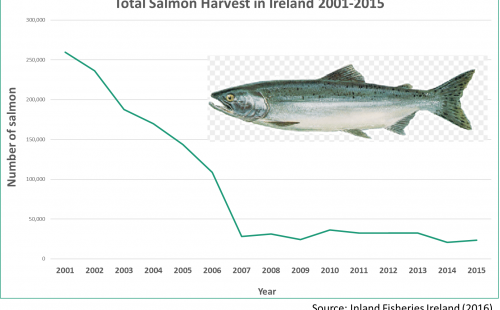