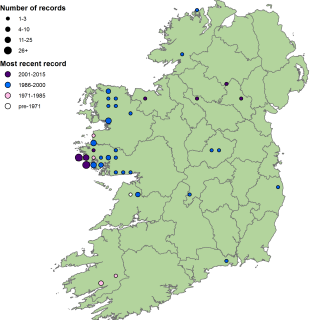 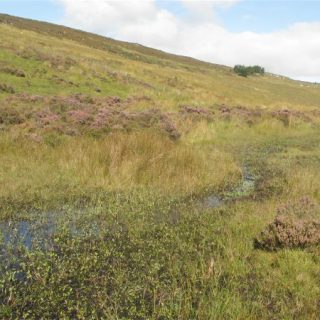 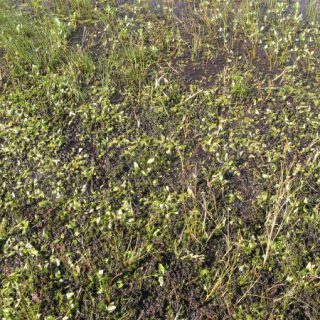 This is a rather variable mire community dominated by mixtures of the constant species: Menyanthes trifoliata, Carex limosa, Phragmites australis, Potamogeton polygonifolius, Ranunculus flammula and Hydrocotyle vulgaris. In addition to Carex limosa, other carices are usually present, with Carex lasiocarpa and Carex nigra being frequent and Carex panicea, Carex viridula, Carex rostrata and Carex echinata all being occasional. Juncus bulbosus, Potentilla palustris, Mentha aquatica, Anagallis tenella, Molinia caerulea and Utricularia intermedia are also frequent here. Myrica gale and Hypericum elodes are frequent, both indicating some movement of water in the mire system. The bryophyte layer is also rather variable with Scorpidium scorpioides and Sphagnum subsecundum agg. only occasional but sometimes abundant.

This is a wetland community of nutrient-poor, slightly acidic situations, typically occurring as a flush or soakway within bogland, especially oceanic blanket bog, or at the margins of dystrophic lakes and pools.