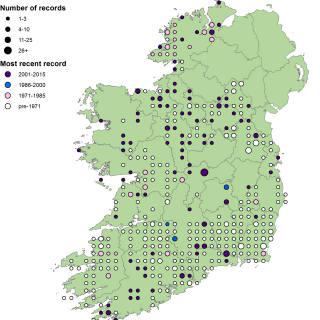 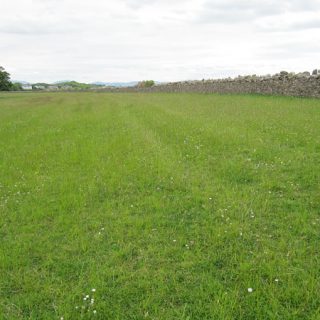 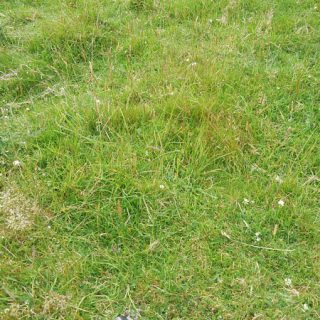 Lolium perenne, Trifolium repens and Cerastium fontanum are all indicative of improved grassland and are constants in this community. Apart from L. perenne, the main grass species are Cynosurus cristatus, Holcus lanatus, Agrostis capillaris, Dactylis glomerata and Anthoxanthum odoratum, which form a low grazed sward (mean graminoid height = 13.1 cm, n = 45). While the cover of forbs can be quite high, it is largely composed of Trifolium spp., C. fontanum, Plantago lanceolata and Ranunculus repens with other broadleaved herbs not contributing much cover (mean forb height = 6.6 cm, n = 45). These other herbs include species of mesotrophic semi-natural grassland, such as Prunella vulgaris, Hypochaeris radicata and Centaurea nigra, and species associated with improved swards and more intensive farming, such as Bellis perennis, Senecio jacobaea and Cirsium arvense. Brachythecium rutabulum and Kindbergia praelonga form a weak bryophyte layer.

This community represents semi-improved and improved swards on well-drained mineral soils or gleys of relatively high fertility and base-richness (mean organic content = 17.4%, n = 39). It is found throughout the country in rolling lowland farming landscapes (mean altitude = 101 m, n = 45; mean slope = 5.7°, n = 45) with sub-community GL3Biii forming much of the matrix of the modern Irish countryside.

This is the most improved community in group GL3. Community GL2C occurs on wetter soils. Sub-community GL3Bii is close to the WE1E Poa annua – Plantago major weed community, which represents highly trampled areas.

This is a fairly species-poor grassland community (species/4 m2 = 18.1, n = 114). Due to its improved/semi-improved nature it is not recognised to have significant conservation value.

These swards are managed for amenity or as improved grazing land (typically for cattle) and/or for silage. Fertiliser application and reseeding will typically occur periodically. The main threats to these grasslands include further improvement and abandonment.