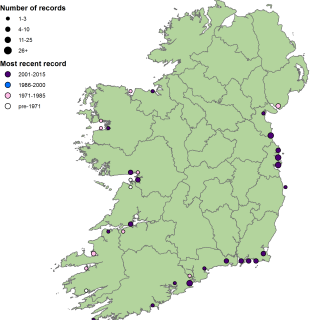 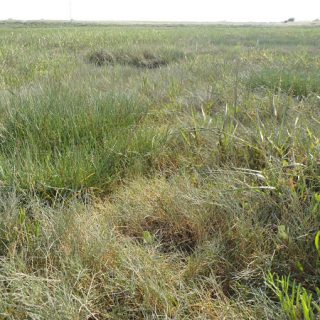 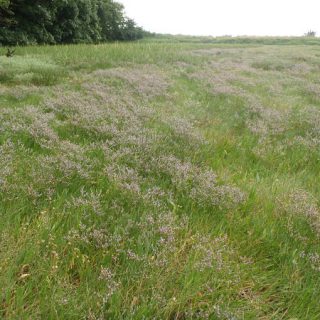 This is a rather variable saltmarsh community typically dominated by Puccinellia maritima. Salicornia agg., Limonium humile, Spergularia media and Aster tripolium are the other constants and the small lavender flowers of Limonium can make an attractive display later in the summer. Frequent associates are Suaeda maritima and Atriplex portulacoides, which can both be plentiful. Occasionally, one will find some Spartina agg., Armeria maritima, Plantago maritima and Triglochin maritimum. There can be a well-developed algal mat and macroalgal species such as Fucus spiralis and Pelvetia canaliculata may be encountered. Mean maximum vegetation height = 31.3 cm, n = 6.

This is a lower marsh community that is regularly inundated and can occur on a range of substrates including soft muds. Conditions are mildly base-rich (mean pH = 7.3, n = 6).

This community is somewhat transitional between the others of group SM2 and those of SM1. It does have some distinct features of its own, however, as Limonium humile is more frequent here than anywhere else on the saltmarsh. Limonium can be abundant in SM3B, but there Plantago maritima is the dominant species. Salicornia agg. and Spartina agg. can both be abundant, but there should be greater cover of other species than is typically found in stands of SM1A or SM1B.

Almost all examples of this vegetation qualify as EU HD Annex I habitat 1330 Atlantic salt meadows. Where Sarcocornia perennis occurs, the vegetation is referable to habitat 1420 Halophilous scrub. This rare species of the southeast is also listed on the Flora Protection Order, 2015. It is typically a medium richness saltmarsh community (species/4 m2 = 6.8, n = 100) and the species that do occur are specialists.

The main immediate threats to this saltmarsh community are probably grazing by livestock and invasion by Spartina agg. Sea-level rises as a result of climate change will have an impact, particularly in areas susceptible to coastal squeeze.