The All-Ireland Bumblebee Monitoring Scheme monitors bumblebees on a monthly basis from March to October each year, generating detailed information on bumblebee populations and how they are changing.

The All-Ireland Bumblebee Monitoring Scheme, established by the National Biodiversity Data Centre in 2012, is one of the first of it’s kind globally. It tracks Ireland’s widespread bumblebee species and uses the status of the 8 commonest species to generate a multi-species population index as a measure of the health of Ireland’s bumblebee populations. It provides vital baseline data that will be used to assess the impact of the All-Ireland Pollinator Plan. 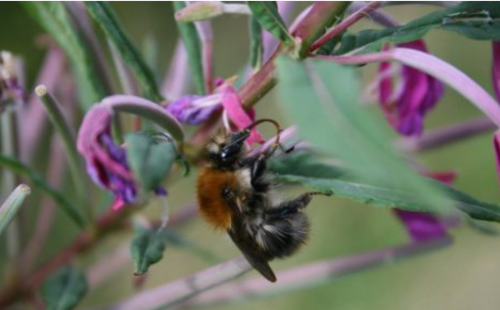 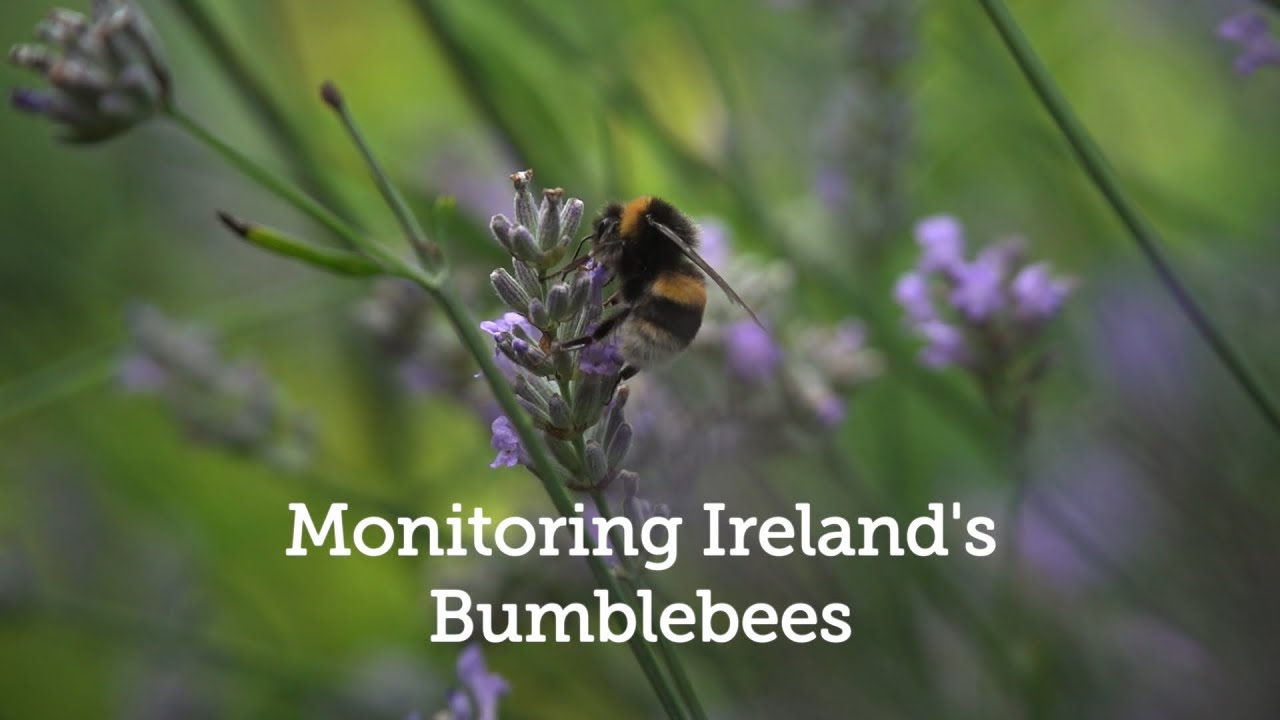 Why should we monitor bumblebees?

Bumblebees are Ireland’s most important wild pollinators. By monitoring our bumblebee populations, we can identify species in trouble and detect the early warning signs of a general threat to wild bees and to Irish pollination services.

The All-Ireland Bumblebee Monitoring Scheme is a citizen science monitoring scheme, and as such is an ideal tool for individuals, community groups and professional land managers to measure change in their local biodiversity. The ongoing recording of bumblebee communities provides a sensitive metric against which changes in land-use and its impact on our biodiversity can be monitored. It is particularly valuable for measuring the impact of management changes made under the All-Ireland Pollinator Plan. 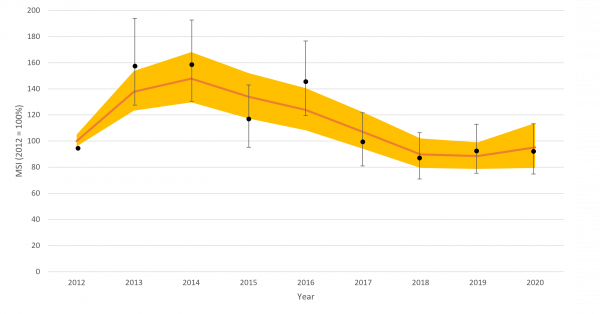 Status of bumblebees in Ireland

There are 21 different bumblebee species in Ireland. In 2006, the Irish Bee Red List found that four species are endangered (Bombus barbutellus, B. distinguendus, B. rupestris & B. sylvarum) and two species are vulnerable to extinction (B. campestris & B. ruderarius). Another three species are ‘Near Threatened’ (B. bohemicus, B. lapidarius & B. muscorum). 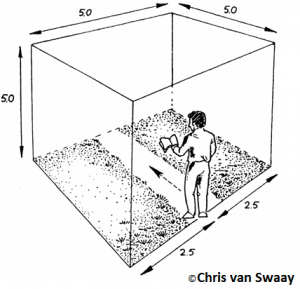 Recording ‘box’ within which all bumblebees are counted as part of the Bumblebee Monitoring Scheme.

Participating in this scheme involves establishing a fixed walking route (transect) of between 1 km and 2km in length that is monitored once a month from March to October (8 times annually). The route should be established close to where you live or work to make it convenient for you to complete the counts when the weather is suitable. The transect should be divided into 5-15 smaller sections to form sample units, and the number of bumblebees seen within 2.5 m either side of yourself and 5 m in front (a 5 m3 recording ‘box’) are counted for each section. Counts should be completed between 11:00 and 17:00hrs, when the temperature is at least 13°C and during good weather conditions.

Occasionally, you might walk your route and not see any bumblebees. This happens more often at the beginning and end of the season. It is still very important to log these ‘zero abundance’ walks.

Participation in this scheme involves a time commitment but it generates very high quality data on Irish bumblebees. 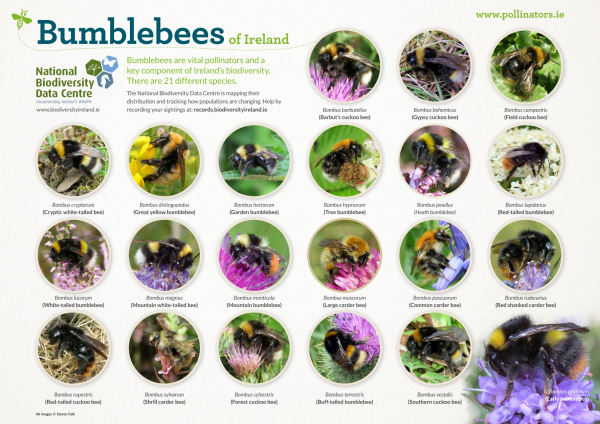 How to join the All-Ireland Bumblebee Monitoring Scheme

We always need more volunteers. Beginners are very welcome to join the scheme, but it does involve dedicating time to learn to recognise the different bumblebee species. Most people will see around 7 different species on their walk.

If you are interested, we recommend that you first take our online course in bumblebee identification. This also explains in more detail how the monitoring scheme works.

If you are still interested in giving the scheme a try, please get in touch directly so that you can be added to the monthly mailing list to receive advice on what to watch out for each month: ufitzpatrick@biodiversityireland.ie

You can join the scheme at any time throughout the season.

The National Biodiversity Data Centre has produced a suite of resources to support recorders with bumblebee recording and to develop identification skills. The different resources can be accessed from the links below.

The monthly newsletters provide hints and tips to volunteers on what to watch out for each month.

Never hesitate to get in touch if you need any help: ufitzpatrick@biodiversityireland.ie